Then & Now: Aggie Village at CSU

Gordon Hazard recently made this aerial view of Aggie Village North, from the CSU Archives, available, and I’ve had a hard time taking my eyes off this photo. There is so much to see and compare! 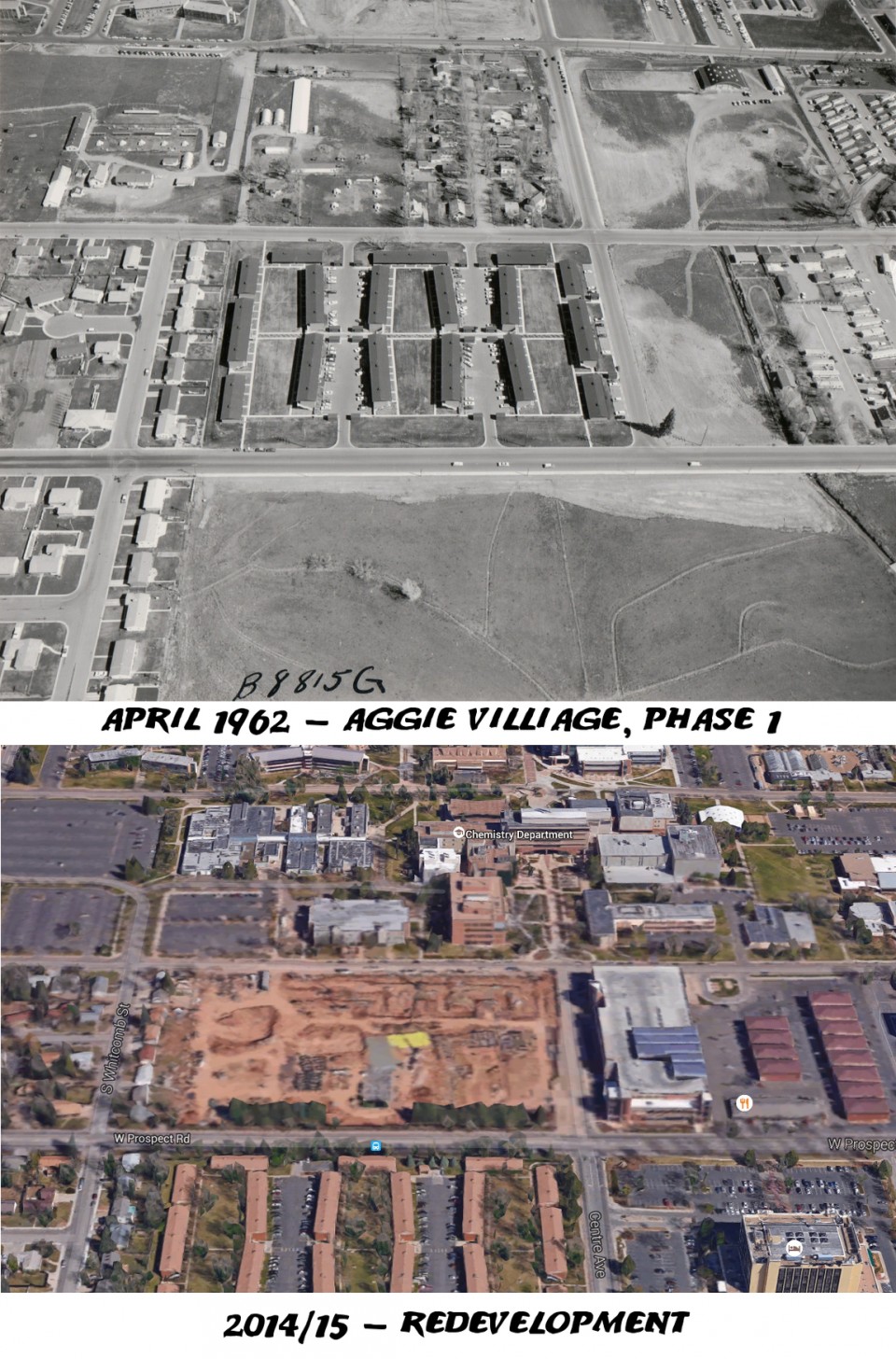 Note that what you see in the bottom image is Aggie Village North after it has been razed and is being prepared for redevelopment. The buildings to the south of that, that look identical to Aggie Village in the older photo, are actually Aggie Village South.

You could drive into and out of Aggie Village directly from Prospect. Where the parking garage now stands, stood a lone pine.

The academic buildings to the north of this student housing project hadn’t been built yet in 1962. Instead the area was devoted to agriculture and what looks like more housing.

Fortuitously, a brochure for the Prospect Plaza Apartments showed up on Ebay this week. (Thanks Jim Sothers for drawing my attention to it!) The apartments are outlined in green below. You can also see them in the more recent image above. They’re the buildings to the right/east of the CSU parking structure — all with reddish roofs. 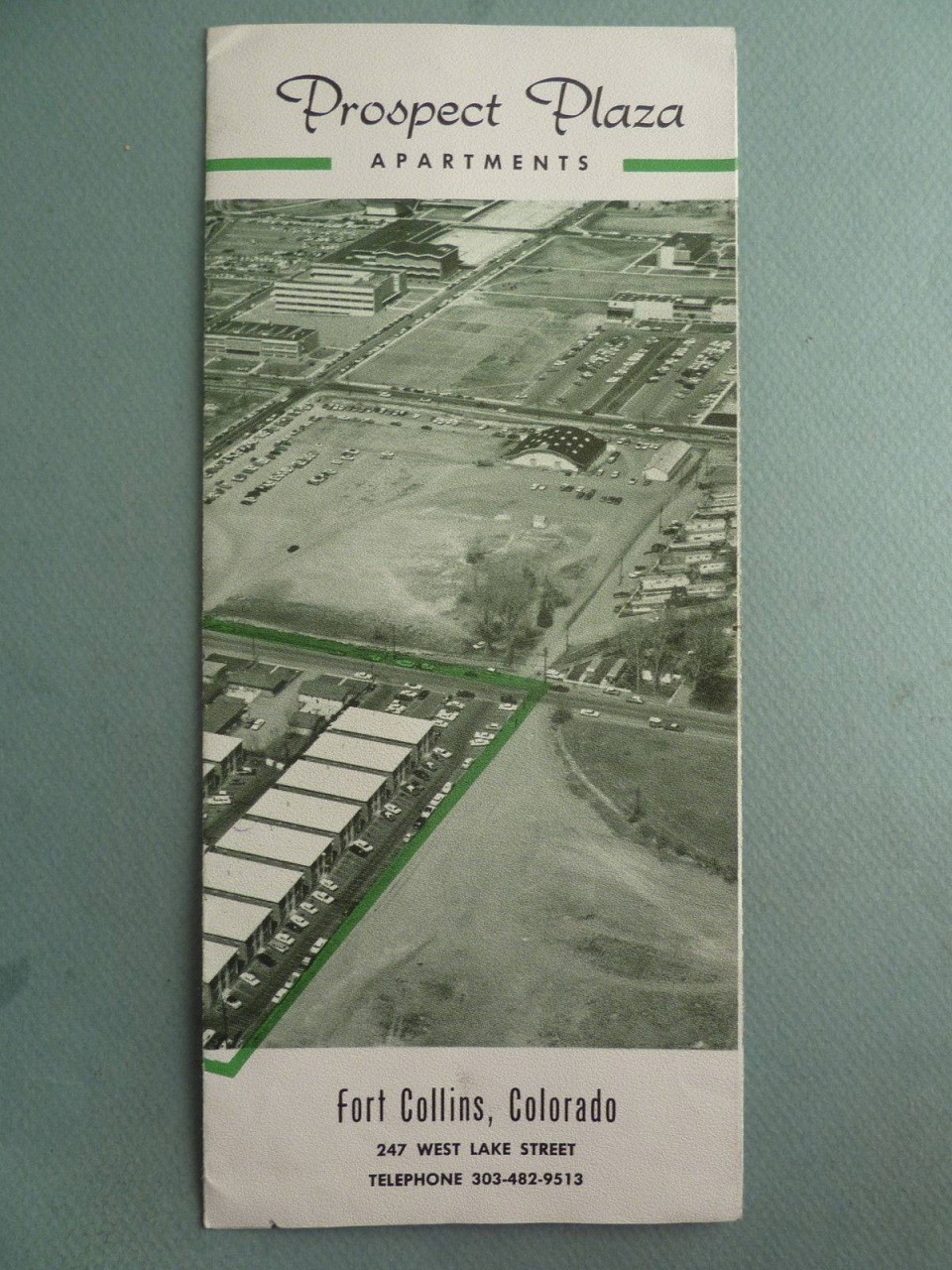 According to the Larimer County Assessor’s records, the Prospect Plaza Apartments were built in 1965, three years after Aggie Village at CSU. If you scroll back up to the 1962 image, you’ll note that there were small houses (maybe trailers?) on this plot of land before Prospect Plaza was built. The apartments are now owned by the University. 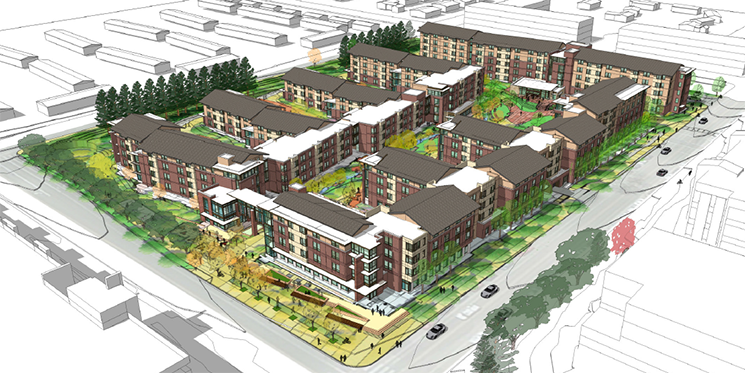 This rendering shows what the finished redeveloped student housing project will look like, as found on the Housing & Dining Services page on the CSU website. This view is looking from the northeast towards Longs Peak.

One last thing to point out from the Then & Now images at the top of the post. If you look towards the upper right of both photos, you’ll see the Stock Judging Pavilion, distinctive for its rounded roof with what look like dots (air vents?) across the top. (In the older image it’s a dark roof, but in the more current photo it looks like it’s been painted white.) It’s also prominently visible in the brochure for Prospect Plaza. This building will soon be razed in order to make room for new Biology & Chemistry buildings. 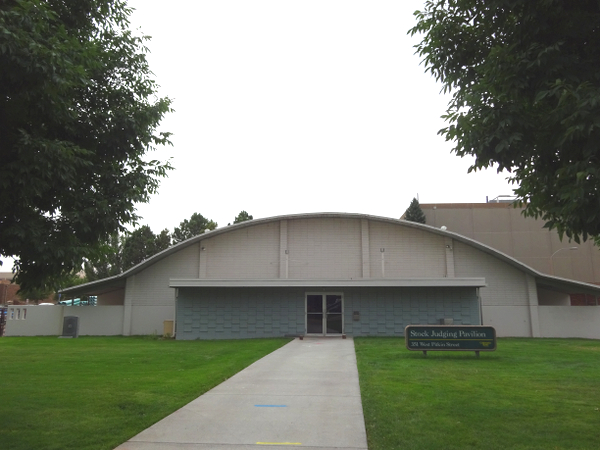 Sources for this article include the Colorado State University Archives for the photo from 1962, Google Maps for the image from 2014/15, Ebay for the brochure for the Prospect Plaza Apartments, and CSU Housing & Dining Services for the image of what the finished redeveloped Aggie Village will look like. I had hoped to get an aerial shot of Aggie Village before the construction took place, but apparently you can go back in time with Google Streetview and not with Google Maps. Oh well.