Last week we had the chance to ogle three East Side houses that have remained largely intact. This week’s Then & Now comparisons aren’t nearly as cheerful. In fact, you might find these photos downright depressing. So if you’re easily distressed, you might want to close this page right now and go back to playing solitaire or filing your nails or whatever it was you were doing a minute ago.

Don’t say I didn’t warn you. 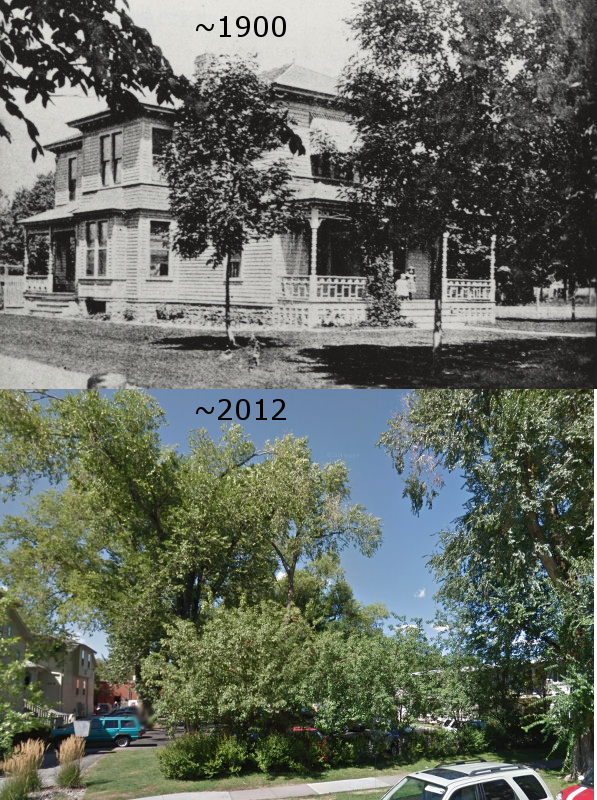 The circa 1900 photo is of the C. F. Keyes residence at 325 Remington Street. The more current photo shows approximately where the house was. But there is no 325 Remington today. So I made a guess on the location based upon the fact that there’s a 324 Remington just across the street. It’s hard to tell with all the trees, but this is now a parking lot (and probably has been since at least the 1970s). 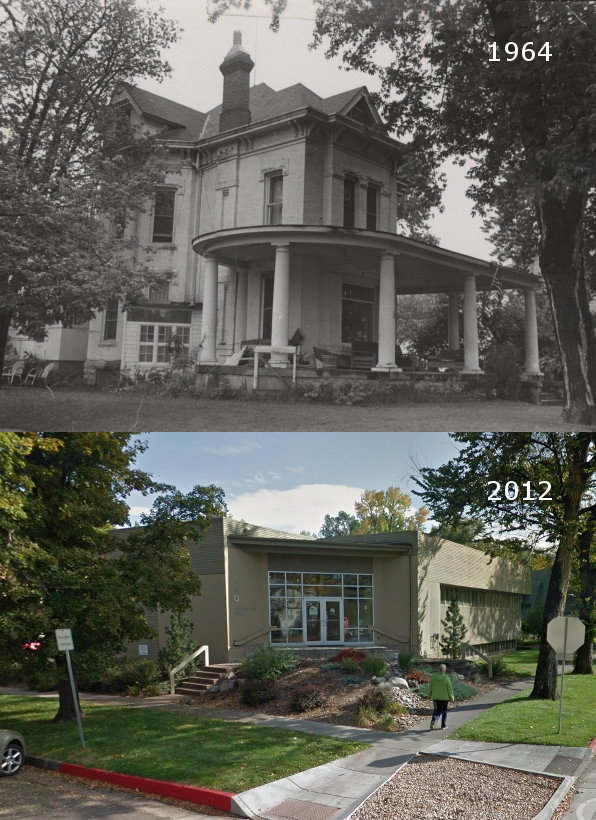 The Twilford Corbin house was located on the southeast corner of Magnolia and Remington. All I can say when I see this comparison is… Well, at least it wasn’t replaced with a parking lot. 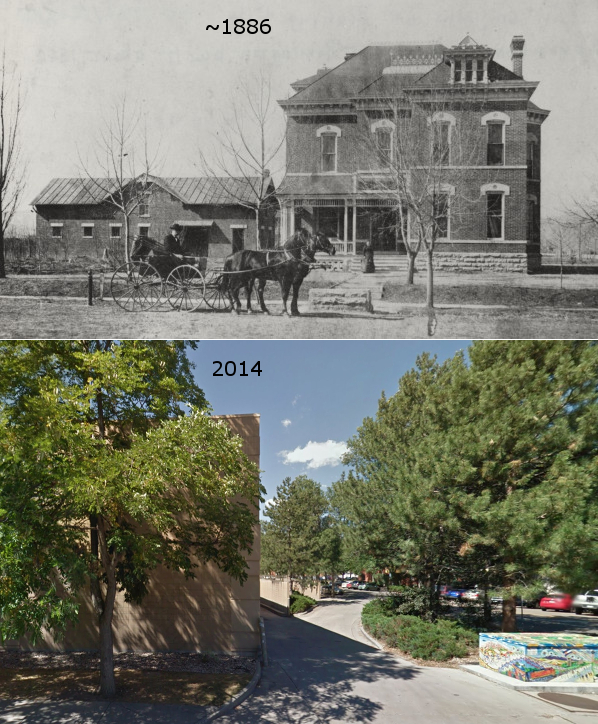 The Abner Loomis house, at 405 Remington, was torn down in 1980. The smaller structure to the south had already been torn down by that point. Today, an electrical transformer box, a loading dock, and the back end of the Safeway building are in the same location.

Just in case you’re starting to get a bit nauseous at this point, I thought I’d throw in a house that looks very much today like it did 75 years ago. 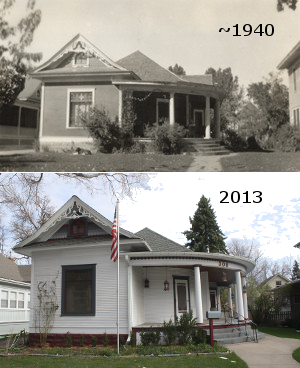 Even the gingerbread in the front gable looks the same on this house at 308 E. Myrtle! I love that.

And when I found the above older photo of the house on Myrtle, I also came across this shot of four gals standing in front of the house. 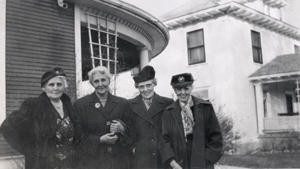 The note that comes with this photo in the Fort Collins Archive states that the photo is of, “Members of the Carl and Lillian Anderson family and their home at 308 East Myrtle Street.”

I guess you win some and you lose some. But boy, losing such gorgeous houses… that’s just so darn painful.

The circa 1900 photo of the C. F. Keyes residence at 325 Remington Street was taken from the Fort Collins Archive — H05829.
The present day photo of the parking lot is from Google Streetview.

The 1964 photo of the Twilford Corbin house was taken from the Fort Collins Archive — H00905.
The present day photo of that same corner is from Google Streetview.

The circa 1886 photo of Abner Loomis house was taken from the Fort Collins Archive — H02582.
The present day photo of that same corner is from Google Streetview.