Then & Now: University Acres, Highlander Heights, and the Hospital

Here’s a cool shot from the CSU Archives. It was taken in 1937 and shows the land to the east of Colorado A&M (CSU). To orient yourself, first look for Prospect Road heading towards the mountains on the left and Lemay (then called Hospital Road) running horizontally just below the middle of the photo. The tree lined street along the right side of the picture is Elizabeth. The county hospital is visible in the lower right corner where it still stands today, although it has expanded quite a bit. 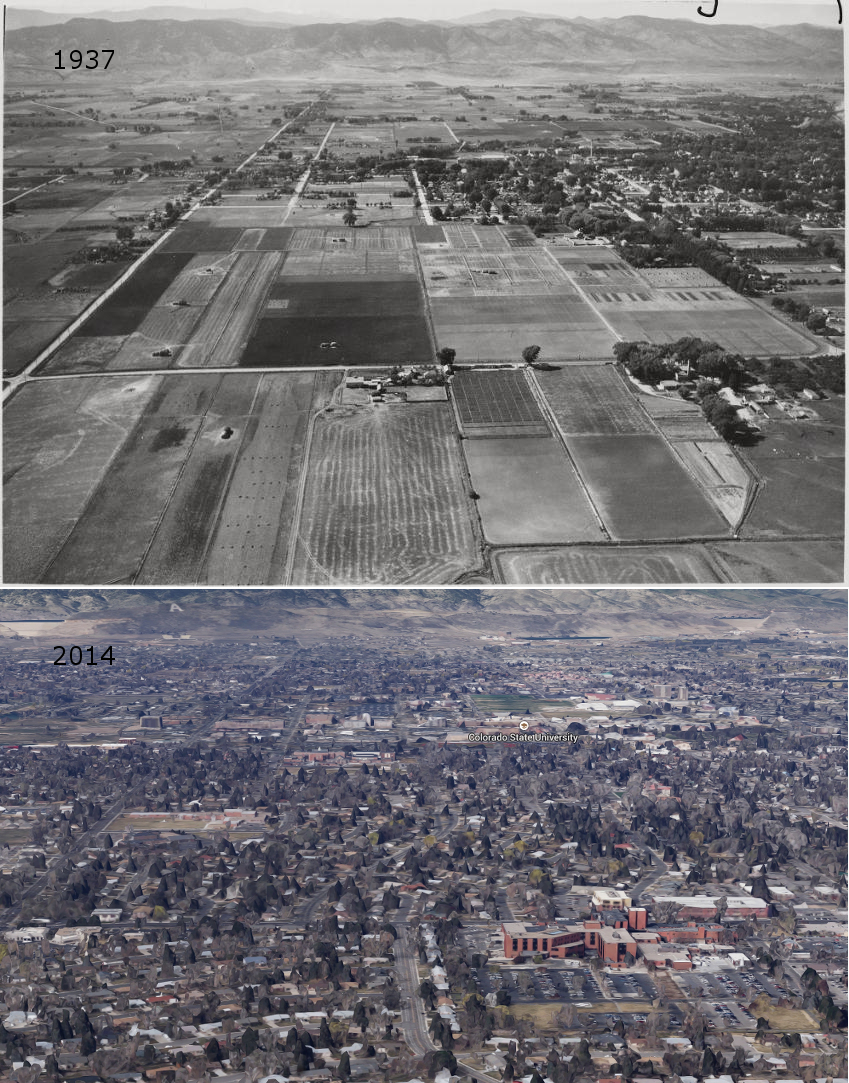 Above is the usual Then and Now composite image showing both the 1937 photo from the CSU Archive and the present day Google Maps version together.

Below is the 1937 photo again with added text showing where development would eventually go. And this time around I also did another version of the 2014 Google image outlining where the streets are. There are so many trees and houses, that I found it a bit hard to make them out without zooming in. So to save you from having to zoom, I added some outlines. 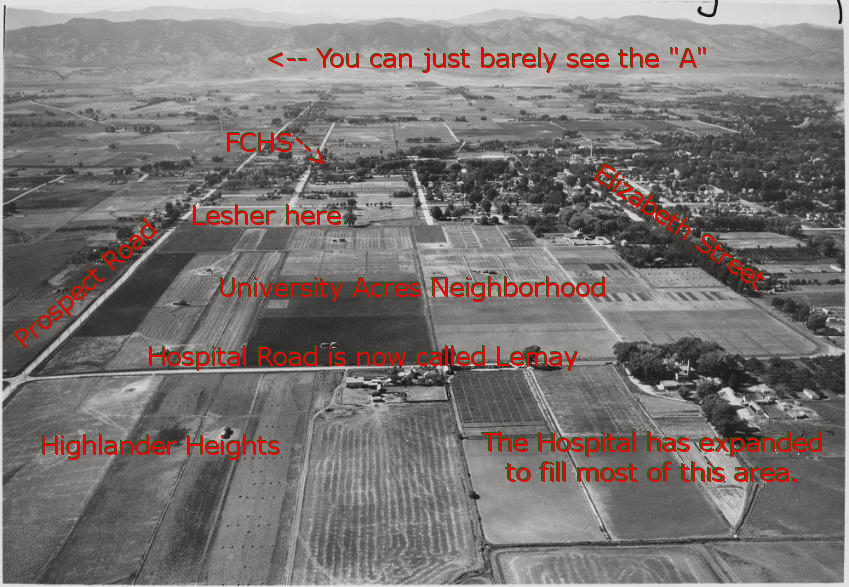 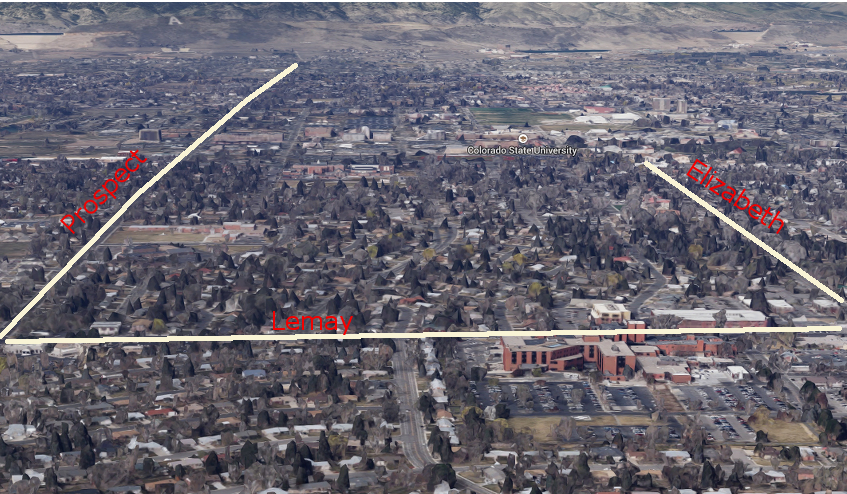 You can read more about the history of this area in the post entitled University Acres: from Farm to Suburb.

The black and white photo is from the CSU online archive – Print #8572.