Then & Now: the Plaza at Colorado State University in 1962

Every generation has grand schemes of how our built environment should look. Two notable local examples can be found on the Colorado State University campus in the Oval and the Plaza. The Oval, once an alfalfa field, was turned into a large “yard” where students hang out and events are held. The campus was built up around it, making the Oval the heart of the campus… until the Plaza was built.

In the early 1960s, a new Modernist design movement was in play calling for vast open spaces and geometrical patterns. The image below, from April 1962, shows the “Free Speech” Plaza being built in front of the newly completed Lory Student Center. The squares of the Plaza are reflected on the walls of what’s now the Engineering building (where you can see the radiating lines to the right of the photo) with another pattern of squares. The outer walls of the student center are covered with round terra-cotta sun screens, adding another layer of geometry to the building.

The 1962 photo is from the CSU Archive. The comparison photo for the present day is from Google Maps. 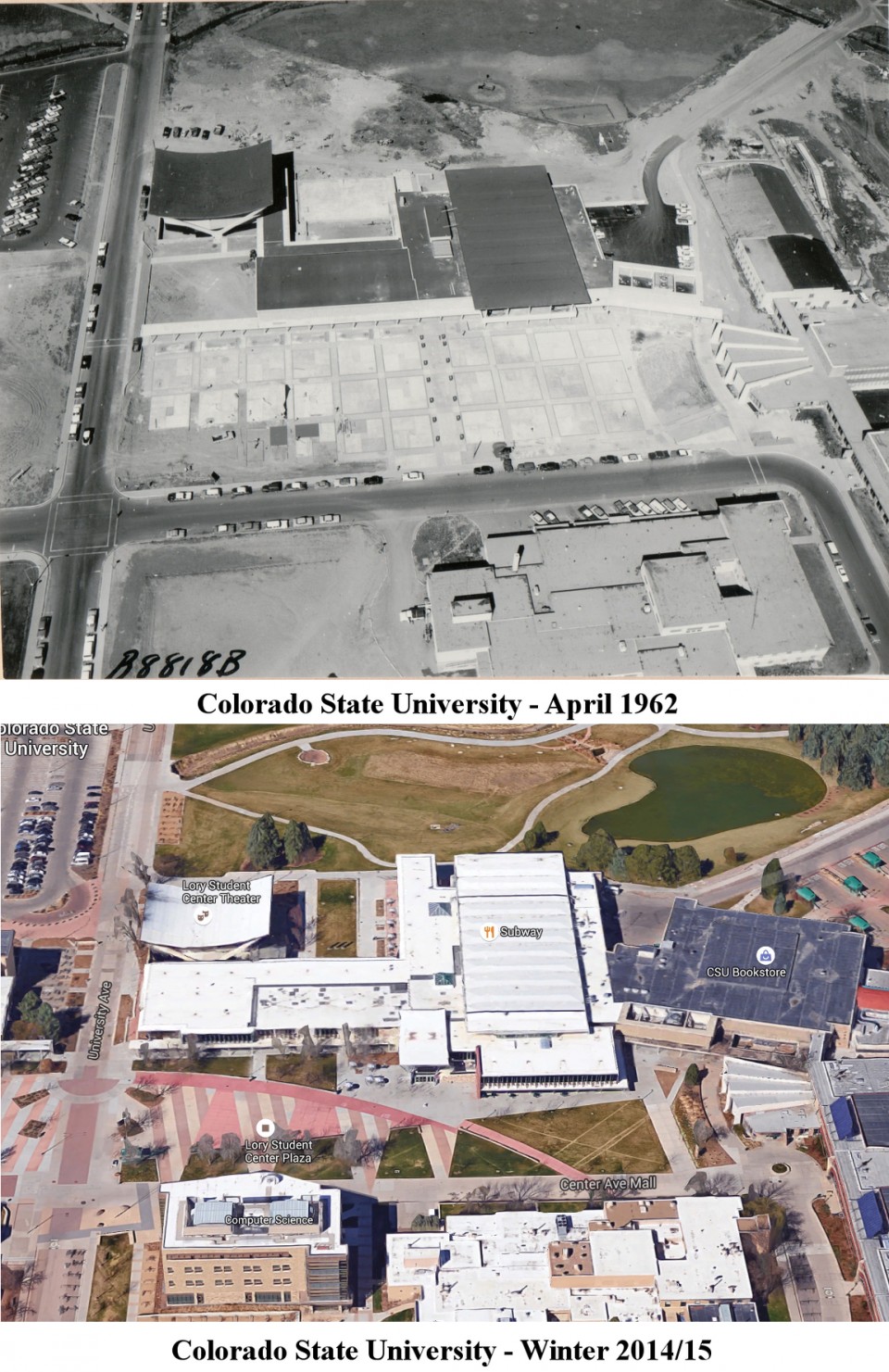 Click on the image above to expand.
The 1962 image is from the CSU Archive and was provided by Hap Hazard. The bottom image is from Google Maps.

Today the general trend in urban design is towards curvilinear forms — flowing, curving, smooth. In Fort Collins, we’ve also embraced bringing nature into our built environments, seen downtown with all of the trees and planters. In the photos above, we can see that much of the cement has been replaced with swathes of grass, trees, and other landscaping. 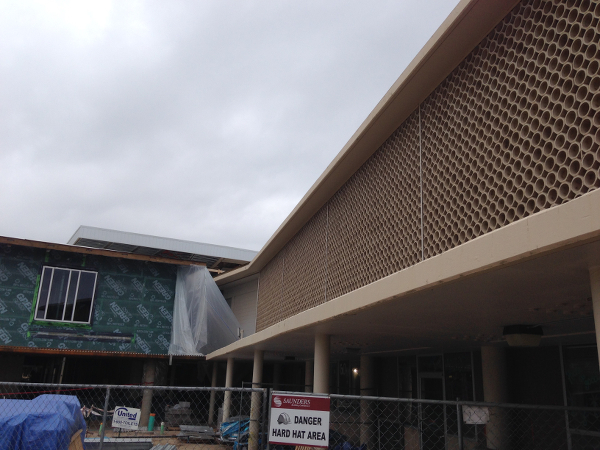 Lory Student Center under (re)construction in June 2014. You can see the terra cotta screen of the original building at right.

Though I have found few people in town that like the terra cotta screens on CSU buildings, I have grown to enjoy them and the movement they provide with the shadows shifting on the windows and walls behind the screen as one walks past. 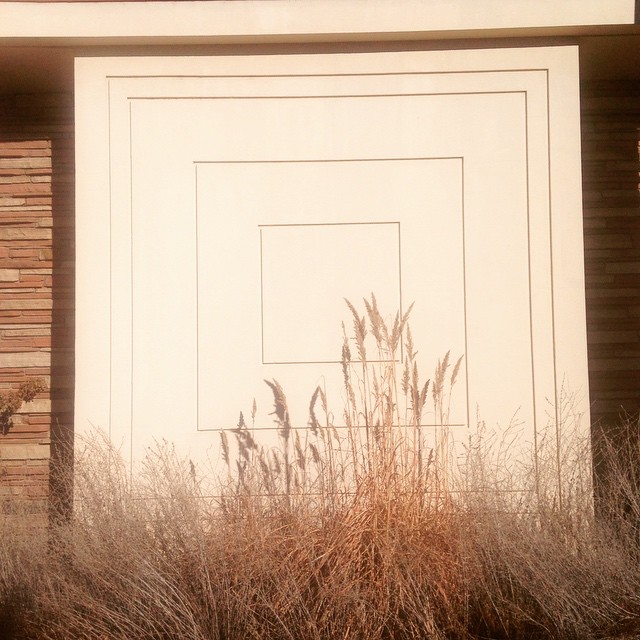 These squares reflect the original design of the Plaza at Colorado State University when it was first built. They located on the side of what is currently the Engineering building.

The Plaza at Colorado State University no longer reflects the square design that still remains on the side of the Engineering building. 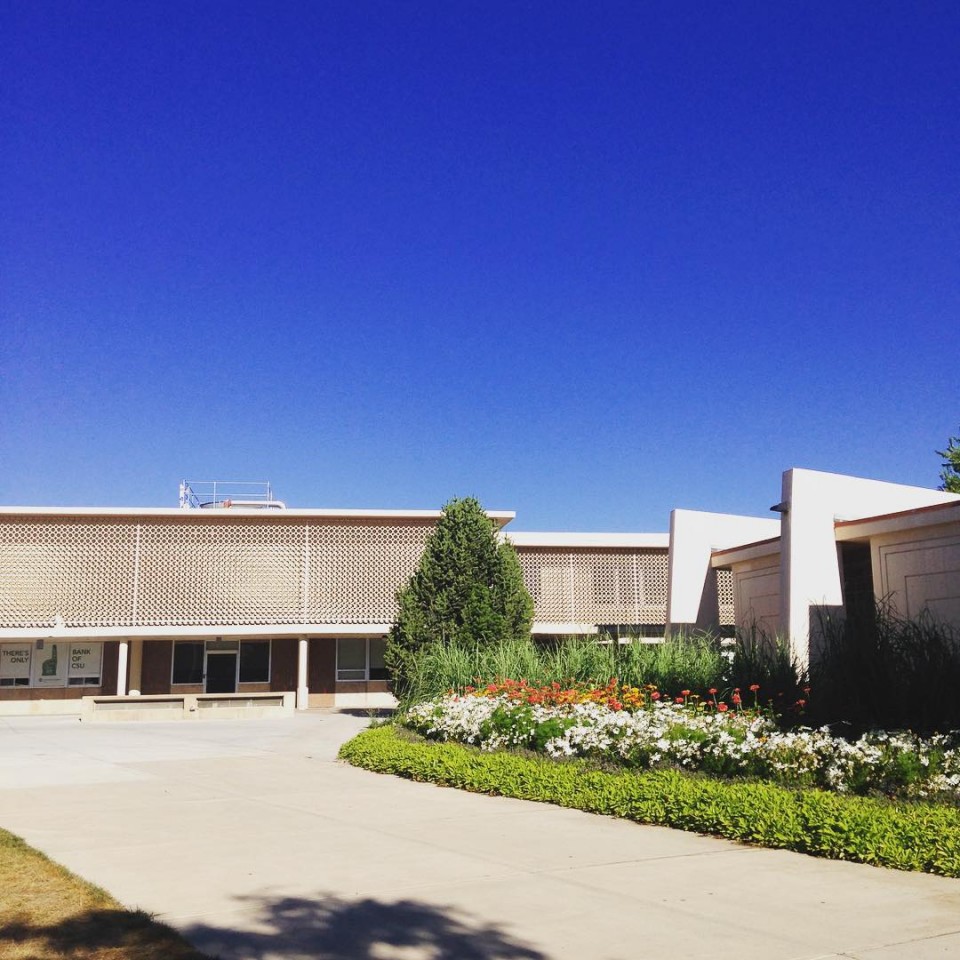 The Lory Student Center is in the background and the Engineering building at right, with lush landscaping in front of the buildings.

Another Colorado college that also built a large plaza area in the 1960s was the Air Force Academy. Built out of a material called terrazzo, the expansive plaza on that campus was named for the material and is called The Terrazzo. Growing up in Colorado Springs as a kid, I always thought Terrazzo meant a big open sidewalked expanse. It was only in researching for this article that I discovered it was named for the pavement!

Many thanks to Gordon (Hap) Hazard for sharing the 1962 photo CSU photo with me. Hap is a volunteer in the CSU Archive and finds many wonderful historic shots of the campus in his work. The Archive is open to the public. If you’re interested in looking back at old photos, books, or Collegians, you’ll find the Archive located in the Morgan Library (which was one of the bookends to the Plaza).

Thanks also go out to Per Hogestad for making the connection for me between the Plaza and the Terrazzo.