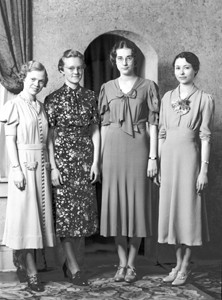 While doing research for the article I posted on Tuesday about Charlene Tresner, I came across so many wonderful photos that I wasn’t able to include them all in the post. So I thought that today I’d share the rest of the photos.

Some of my favorites came from a photo shoot by Mark Miller entitled “The Old Maids Club”. Beth Elaine Miller, Charlene Tresner, Elizabeth Young and Margery Brood posed in a series of five photos (only three of which are available in the Fort Collins Archive online).

Mark Miller was a local photographer in the early 1900s. He snapped many formal portraits, but also captured several candids that captured the spirit of Fort Collins at the time — including the photo of Charley Clay that was included in a previous article. 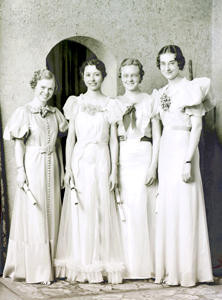 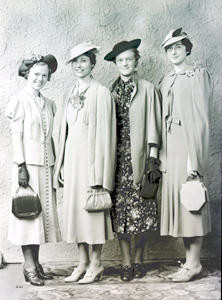 Barbara Fleming and Malcolm McNeill have published a really delightful book entitled, Fort Collins: The Miller Photographs, that I’d encourage you to take a gander at. There’s a copy available through the library, and most local bookstores will likely carry a copy.

In addition to the Miller photographs, there are also several family photos in the Archive. 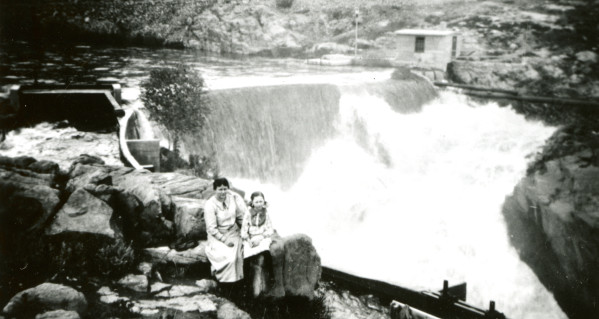 Flossie and Charlene at the Loveland Waterworks Diversion. The Fort Collins Archive reference lists this photo as being circa 1910, but given that Charlene wasn’t born until 1918, I’m guessing this is closer to 1925 or so. 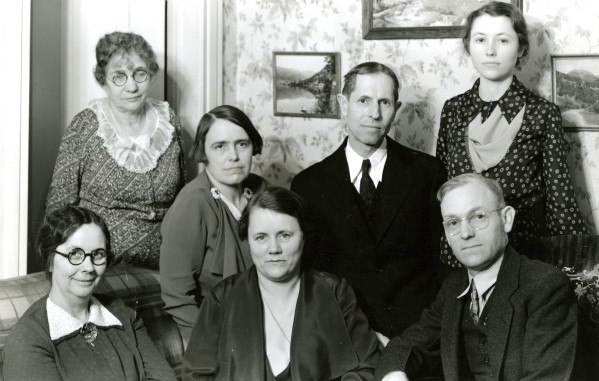 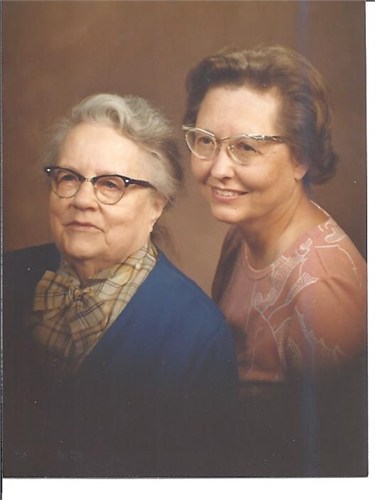 Charlene’s dad, Rev. Charles Tresner, was a Stanley Steamer driver before he married Flossie. He decided to give it up when he got married. But a frantic call from Enos Mills at Long’s Peak Inn convinced him to go back for another summer. The driver that had been hired to drive the steamer was unable to operate the large vehicle. So Mr. and Mrs. Tresner spent their first summer together at Mills’ hotel. 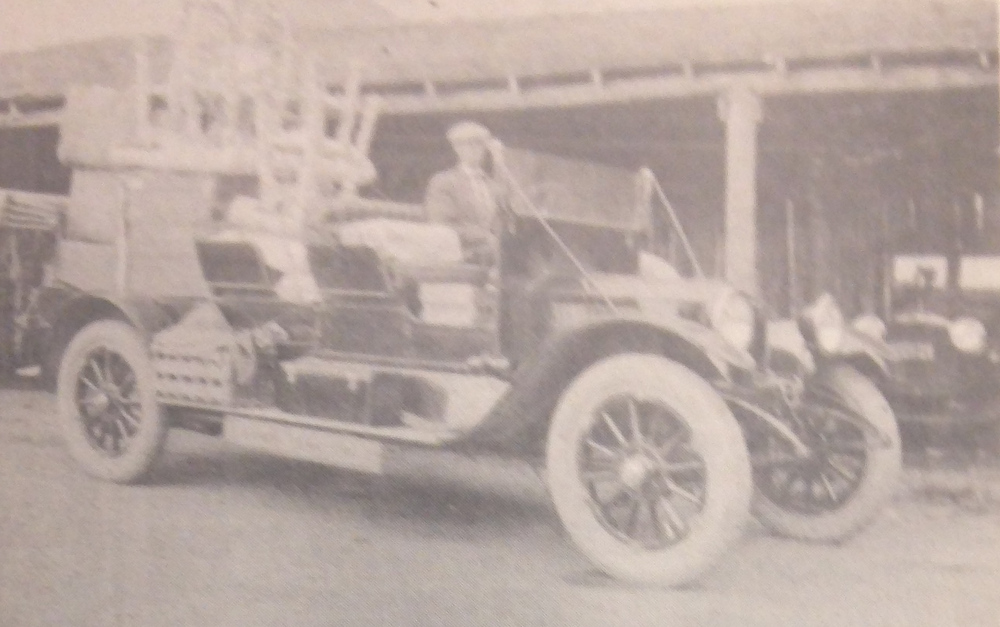 The four seated steamer was used to transports visitors and goods back and forth to “the Village” (Estes Park) according to a 1976 Triangle Review article. 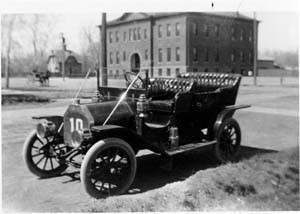 Charles Tresner’s EMF car is shown in the foreground with Laurel Elementary School in the background.

Photo of Flossie and Charlene at the Loveland Waterworks is from the Fort Collins Archive – H04937.

The group photo of the Tresners, Millers and other was taken at the house of G. B. Miller and is from the Fort Collins Archive – H04956.

The photo of Flossie and Charlene at a portrait studio was found through Ancestry.com and was posted by LSimpson. I was unable to find a matching photo on the Fort Collins Archive, although it’s possible that that’s where this photo came from originally.

The photo of the Stanley Steamer is from a 1976 Triangle Review article that was in a file at the Fort Collins Archive.

The photo of Laurel School with Tresner’s car is from the Fort Collins Archive — H00812.