Victorian Era Photo of Event Around Flag on Campus 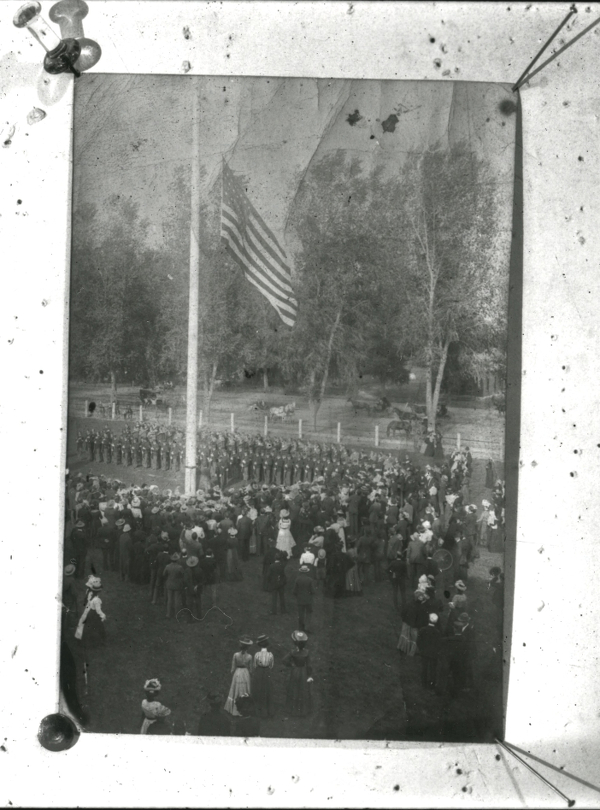 This photo from the Colorado State University Digital Archive (ID UHPCSNP_6744) shows a military
event taking place at the flag pole with a crowd of bystanders in Victorian Era attire. 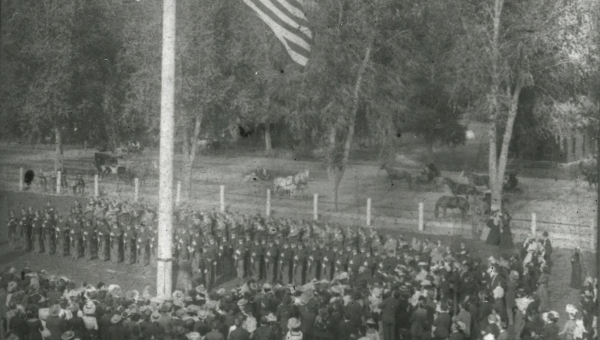 Close up view of College Avenue.

According to Gordon Hazard, who works in the CSU Archive and Special Collections Department, the flagpole was made from a single tree that had been harvested in Idaho. 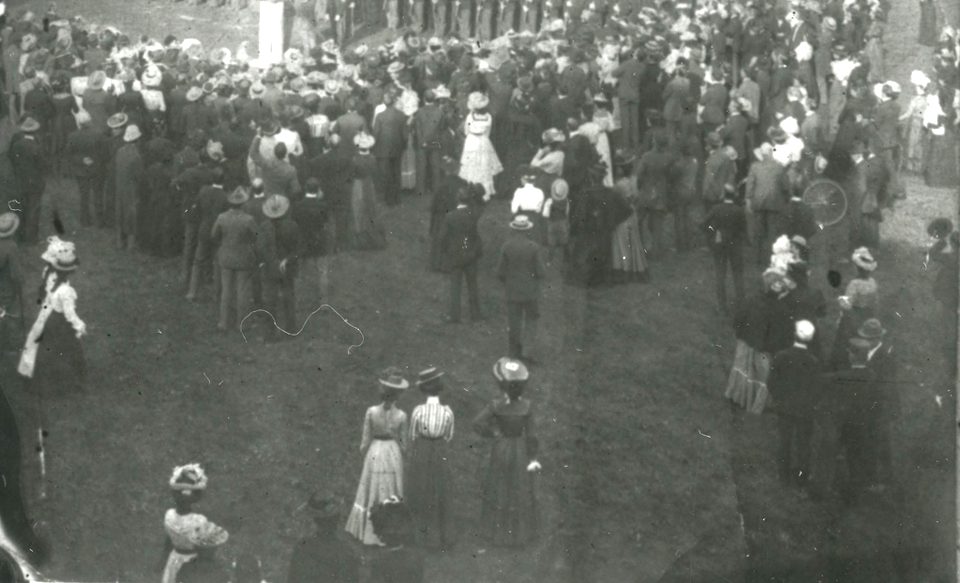 Close up view of the crowd around the flagpole.

What I find most delightful about this photo is all the little details you can pick out when you zoom in. The three women in the center foreground, for example, remind me of the Georges Seurat painting, “A Sunday Afternoon on the Island of La Grande Jatte.” In the midst of the crowd to the right you can just make out the back wheel of a bicycle. And along College Avenue in the background, there doesn’t appear to be a single car — just horse-drawn carriages. 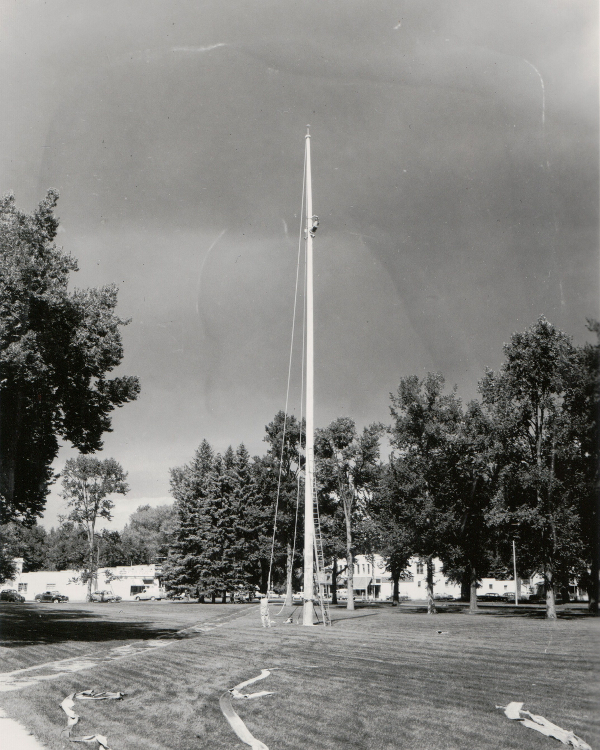 Painting the flagpole in August 1958. (Photo from the CSU Archive via Gordon Hazard.)

Because the flagpole was made of wood, it had to be painted every few years. The photo above shows the same flagpole as it looked in 1958, when it was getting a fresh coat of paint. 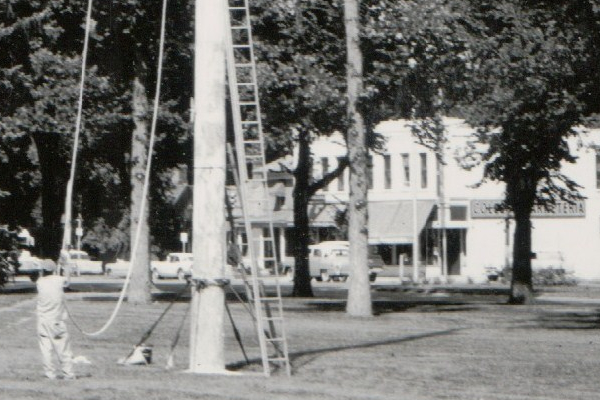 Close up view of the painting of the flagpole. Note the shop at the corner of College and Laurel where Noodles is now located.

By zooming in, we can again see the traffic on College Avenue, this time made up solely of cars. Not a horse to be seen. 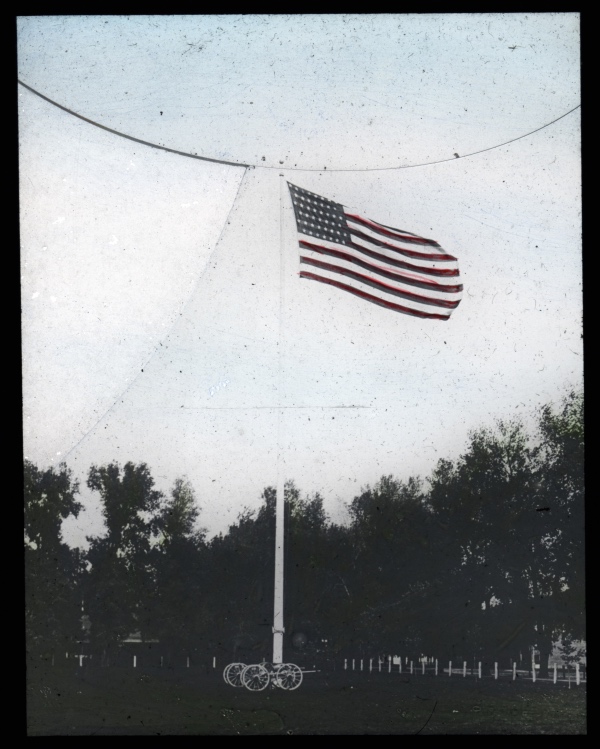 Here’s one last (colorized) picture of the flag. It displays 45 stars, which means the photo is from 1907 or earlier. Oklahoma was the 46th state added to the Union in November of 1907.

There are several more photos of the flagpole in the CSU Archive.

Thanks to Gordon Hazard for his information on the origins of the flagpole and the dates for when it was standing at the University.