Fort Collins is an ever evolving city. In the middle of the twentieth century, as Fort Collins experienced a tremendous growth spurt, downtown expanded into what had previously been residential areas.  The following example of just such an expansion was shared recently by Dean Schachterle on his Facebook page. I was so delighted by the photos he posted and the story he wrote with them, that I asked if I could reshare what he had written as a guest post here on Forgotten Fort Collins. Thankfully he said yes.

I added a few additional photos from the newly updated Fort Collins History Connection website, as well as Google Streetview, at the end. 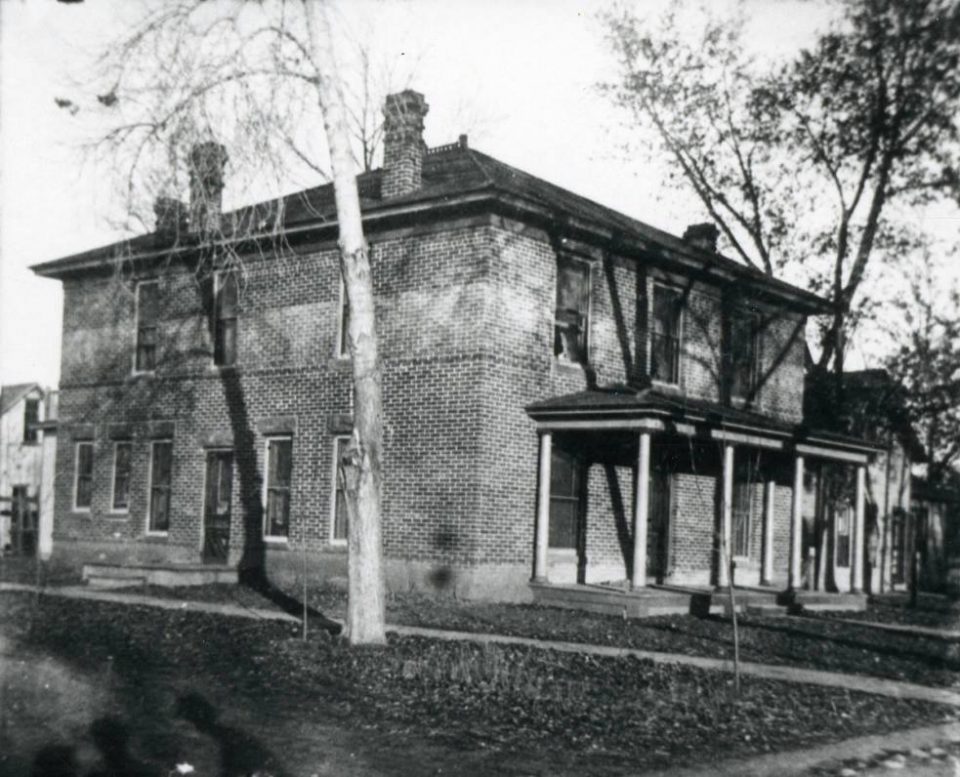 The northwest corner of South Meldrum and West Magnolia Streets has seen change over the years. The Tomlin home was there until about 1968. It was across the street from the old Lincoln Junior High School.

When the new U.S. Post Office was built using the entire block at 301 South Howes, Varra Beauty Salon had to vacate their business located at 300 South Meldrum. The salon owners built a new multi-purpose building across the street at 331 South Meldrum by demolishing the Tomlin house. 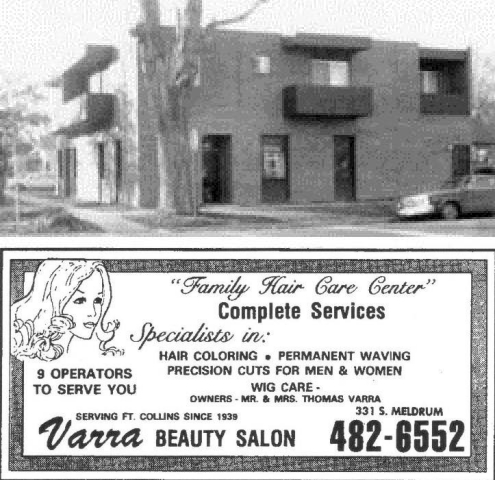 The top photo was taken in 1969 (from the Fort Collins History Connection — #331SMe69) and the bottom advertisement is from an old Fort Collins telephone book.

The Varra Beauty Salon opened for business at 331 South Meldrum in1969. 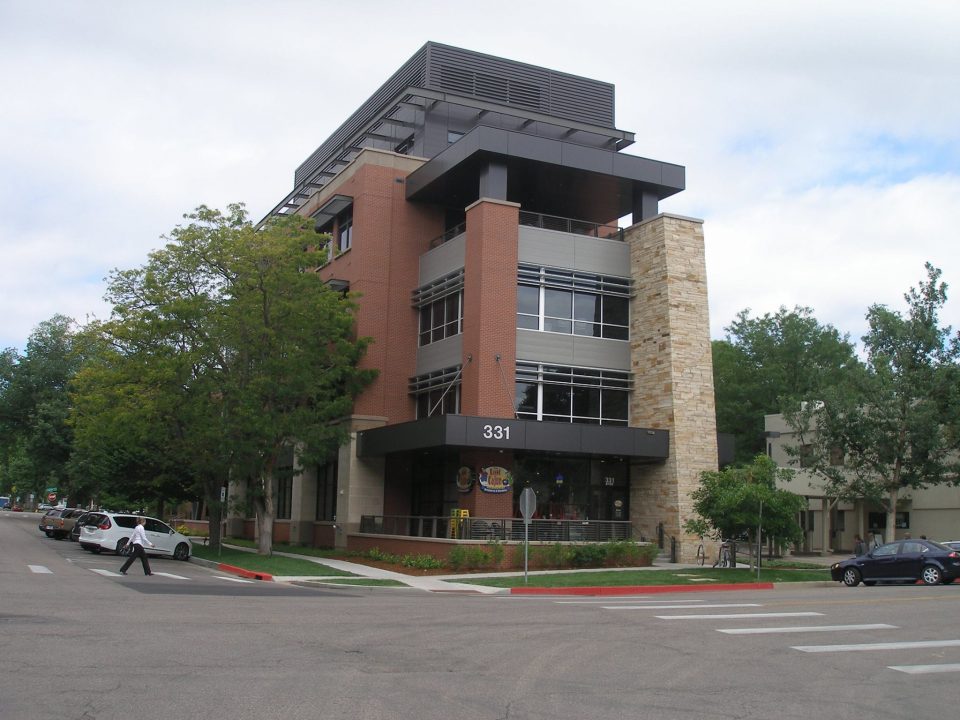 This is one of several Otterbox properties located on S. Meldrum. (Photo by Dean Schachterle.)

The salon has been closed for quite awhile now and that building was demolished around 2013 to construct the OtterBox Canyon Place building at 331 South Meldrum, which now has Lost Cajun as a tenant on the first floor. Ironically, the Lost Cajun is catty-corner to Lucile’s Creole Cafe.

Here’s a few more photos of the Tomlin house from the new and improved Fort Collins History Connection. 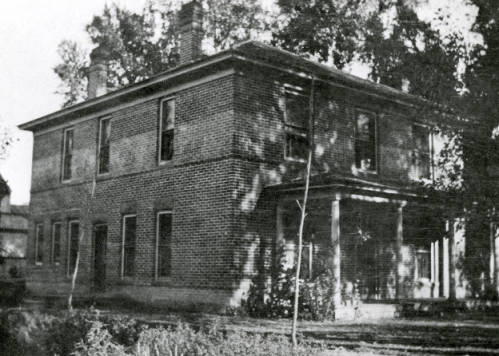 The entry with this image of the house in the Fort Collins History Connections lists places it at 408 W. Magnolia which is basically the same place as 331 S. Meldrum, it’s just looking at the house from around the corner. 1920. (# H01851)

This county assessor photo from 1967 is from the Fort Collins History Connection — ID #331SMe67. 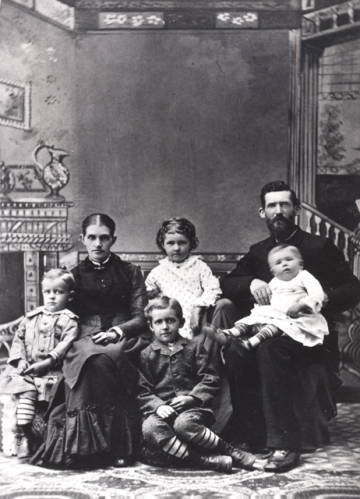 Albert Tomlin with his family around 1884, before the house at Magnolia and Meldrum had been built. (FCHC #H01694.) 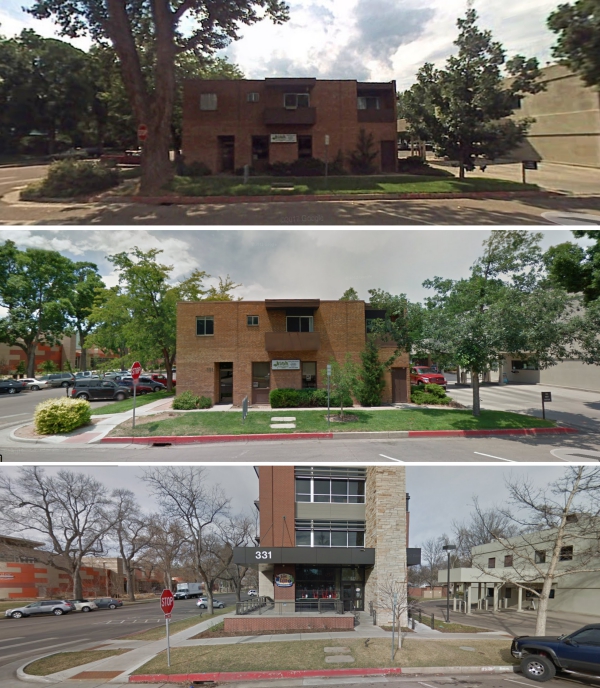