When the historic preservation movement was becoming codified in our national law and consciousness, around the 1930 -1950s, Victorian buildings seemed far too new to be worth preserving. Instead, much of the focus of the movement was upon even older buildings. But over time, as preservation gained steam, an understanding began to develop that Victorian era buildings were also worth saving — that they exemplified a time in our national history that we wanted to remember. We’re at a similar inflection point in historic preservation today. Though most people “get” saving an ornate Victorian building, the idea that something constructed during our own life times doesn’t seem as deserving of preservation. Yet there are characteristic features of buildings from the middle of the last century that can tell us quite a bit about our history as a nation, a state, and a community.

The classic brick ranch-style house at 1300 Emigh was built in 1961, when there were only a little over 25,000 people living in Fort Collins.  This simple, one-story house has a low profile side-gabled roof, in keeping with the Modern esthetic of the time. A breezeway connects the house to the garage and allows for an extra car to be protected from rain and hail. 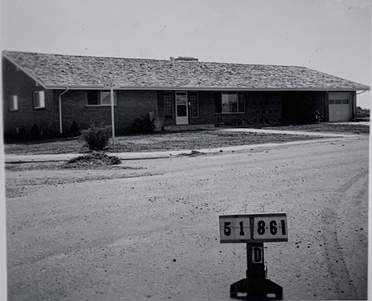 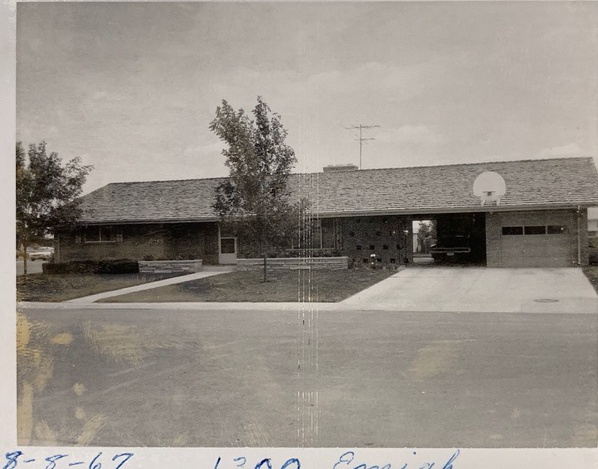 While simple on the outside, the inside is filled with original classic mid-century details that will delight fans of the era. The living room has a three-sided fireplace, complete with original brass sconces. Fireplaces, which had fallen out of favor during the turn of the century, had begun to gain favor again as Frank Lloyd Wright and others connected the importance of hearth and home (quite literally). The kitchen has been remodeled, but the current owners kept the lighting fixtures and the functioning Nutone intercom system with radio. Many of the toggle switches throughout the home are original.

The house changed hands several times before its purchase in 1970 by Vahe and Elsie Boyajian, who had moved to Fort Collins from Massachusetts with their two sons. A musician and music teacher with a degree from the New England Conservatory of Music, Vahe Boyajian became a tax preparation specialist later in life. Friends remember his grand piano in the living room and wonderful music parties. Elsie died in 1998, but Vahe enjoyed the comfort and support of his many close friends and neighbors. He died in 2015 at age 103.Jeffrey and Sherry Temple bought the house in 2015. Lovers of mid-century style, they brought their collection of furniture and décor to complement the architecture. They installed cork flooring in the living and dining rooms, accurate for the era, although not original. The Temples opened up the walls in the living, dining rooms and kitchen, bringing light and room to those spaces. Sherry’s collection of Fiestaware provides ribbons of glorious color to the kitchen. Bedrooms all have original floors and closet doors. The master bedroom and bathrooms are updated but retain their mid-century feel. 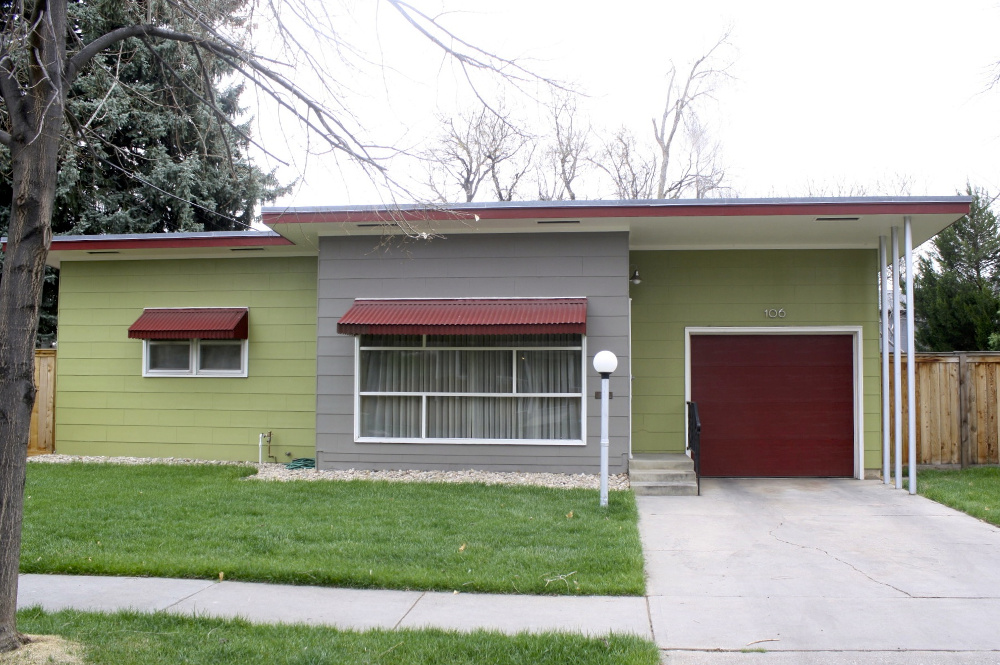 The Hottel House on South College

The ranch-style house is noted for its long, close-to-the-ground profile, and wide open layout.

The house style fused modernist ideas and styles with notions of the American Western period of wide open spaces to create a very informal and casual living style.

The two older black and white photos of the house are from the county assessor records, which are kept at the Archive at the Fort Collins Museum of Discovery.

Parts of the descriptions of the house was provided by Poudre Landmarks, who are hosting the Historic Homes Tour on September 14th, 2019.

Some of the information on ranch style houses came from Wikipedia.

The tour includeas six private residences, an historic Inn, and two historic city-owned properties to tour guests. This year’s tour showcases many styles of Old Town Fort Collins historic homes built between 1879 and 1961: Victorian, Italianate, Cottage, American Foursquare, Masonry Ranch, and Minimal Traditional. The Edwards House Inn and the city-owned 1879 Avery House and 1883 Water Works are also part of the tour. The Avery House, Edwards House, and 2 of the private tour homes are accessible from the Mountain Avenue trolley. Guests visit the homes and travel between tour properties at their own pace and in any order. Knowledgeable docents guide attendees through each location, pointing out architectural features, historical highlights, and details about how each home has been preserved and upgraded over the years 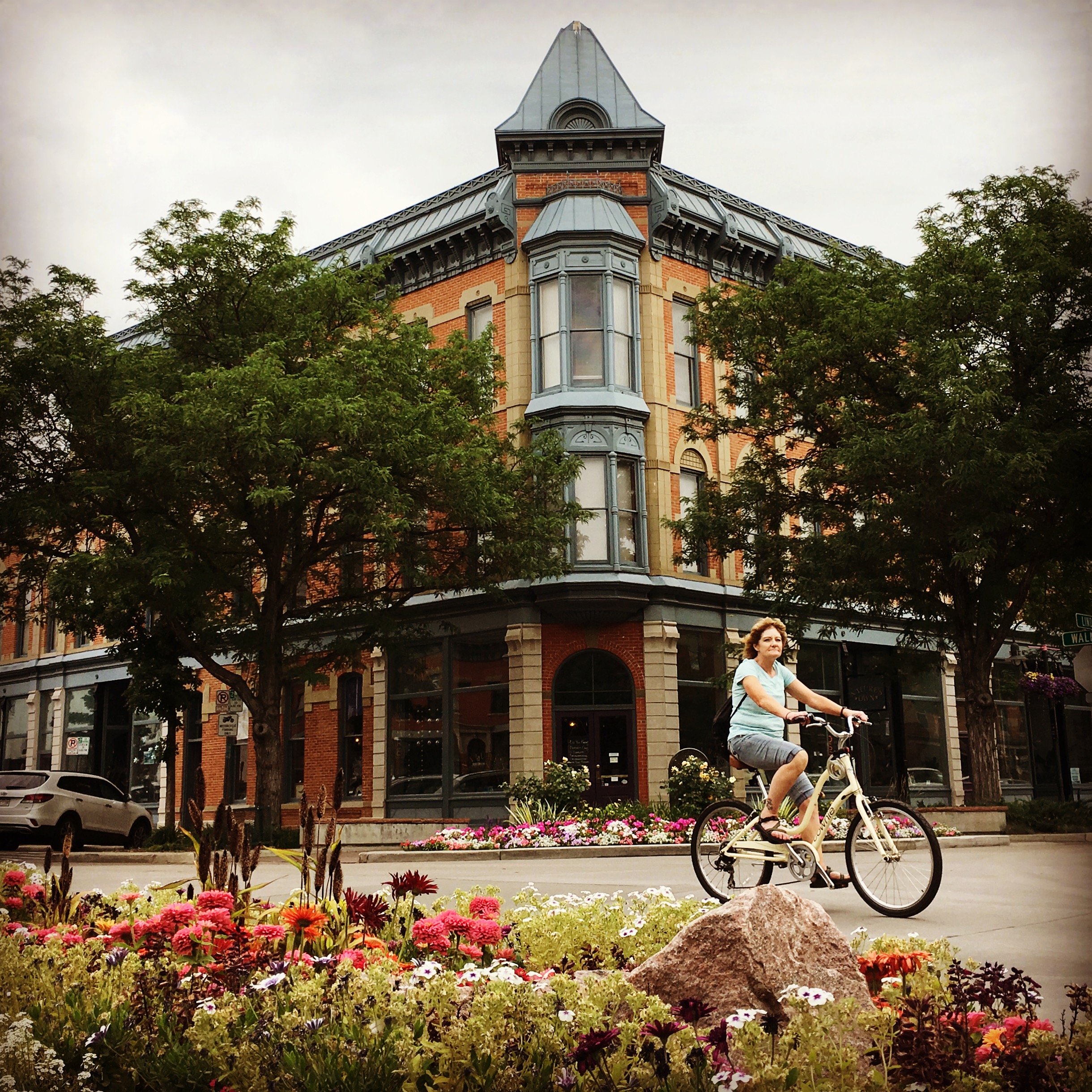 Have a Bike-Friendly Tour!

Our sincere thanks to the City of Fort Collins, “FC Moves” and PACE for making this the most bike-friendly tour ever! FC Moves created the bike route and loaned us the bike racks for tour day. They also donated prizes: 3 commuting kits that include a helmet, set of bike lights, bike bell and leg strap. Just fill out the Evaluation form and indicate that you rode your bike. Prizes will be awarded through the drawing from qualifying forms. PACE has generously offered us up to 50 discounted bike rides on tour day. Just download the PACE app, set up a rider profile, plug in the promo code ‘HOMESTOUR19’ and enjoy the tour! 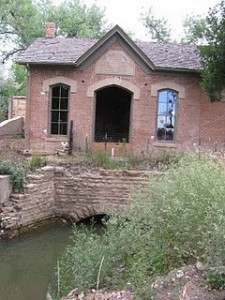 Visiting the Fort Collins Water Works is a great opportunity to learn about local history, architecture, and the importance of water to our community. 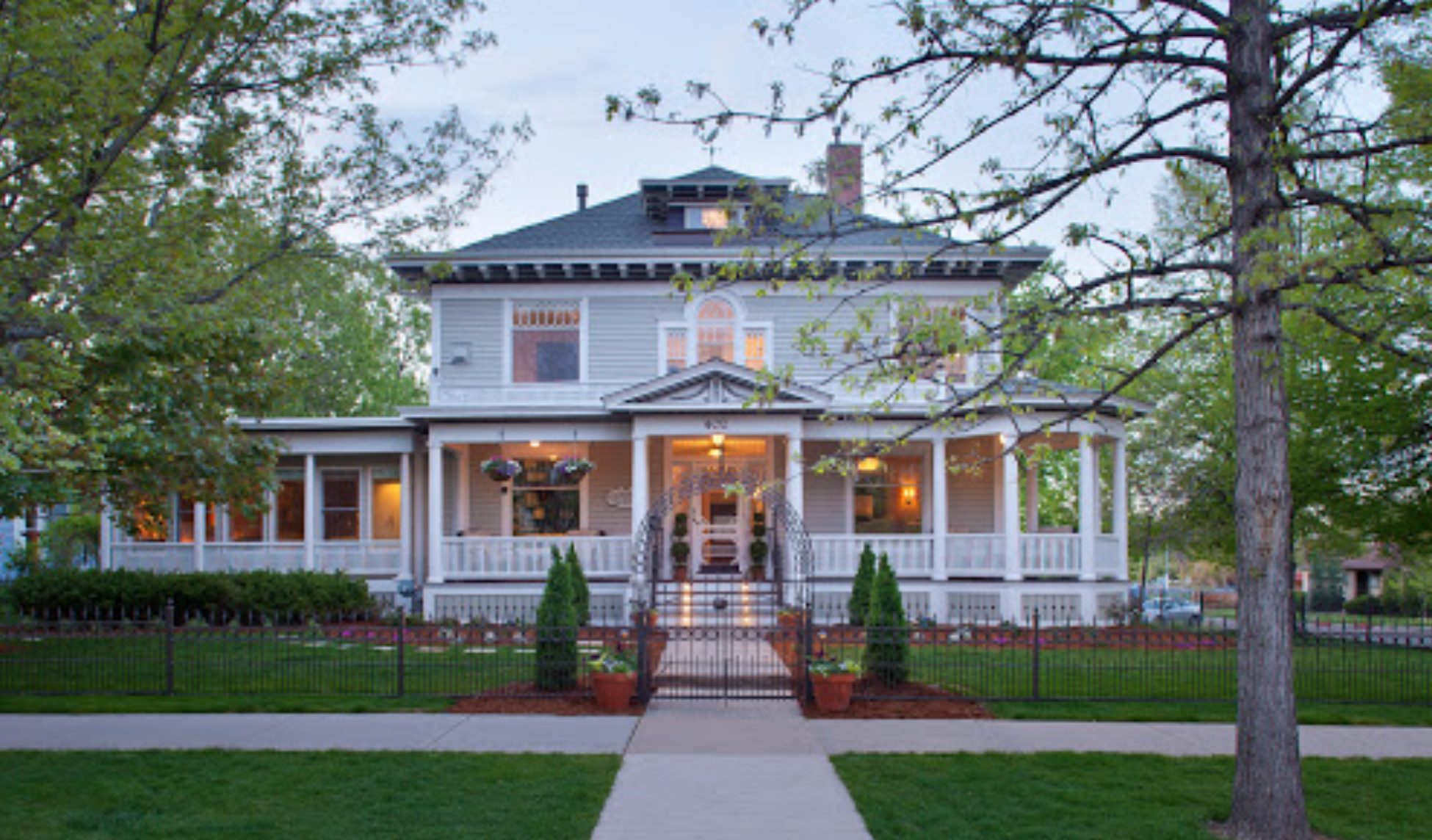 The historic Edwards House Inn will also be open and available to tour on the September 14th.

← Learn about an Italianate house that will also be on the tour. George Buss - Military Man and Early Settler Near Timnath →