As you drive north on Highway 287 (Lincoln Avenue) through Loveland, you may have noticed a funky gas station on the west side of the road. Built around 1937, the building blends Art Deco and Spanish Colonial Revival styles creating a distinctive and unique appearance. There are very few gas stations in America that combine these styles and none that look exactly like this building. It can only be found in Loveland, Colorado on N. Lincoln, right between 1st and 2nd streets.

But Loveland, like most of Northern Colorado, is growing by leaps and bounds and development threatens this building. This is a common story across America. Infill, growth, and development can be a threat to historic places. But it doesn’t have to be. And by embracing our past and finding a way to marry it to our future, we can create more dense, activated parts of town that not only address today’s needs, but that still hold on to the integrity, authenticity, and value of where we’ve come from as a community. Preservation can actually be not only a catalyst to development, but the heart and soul of new development as well. 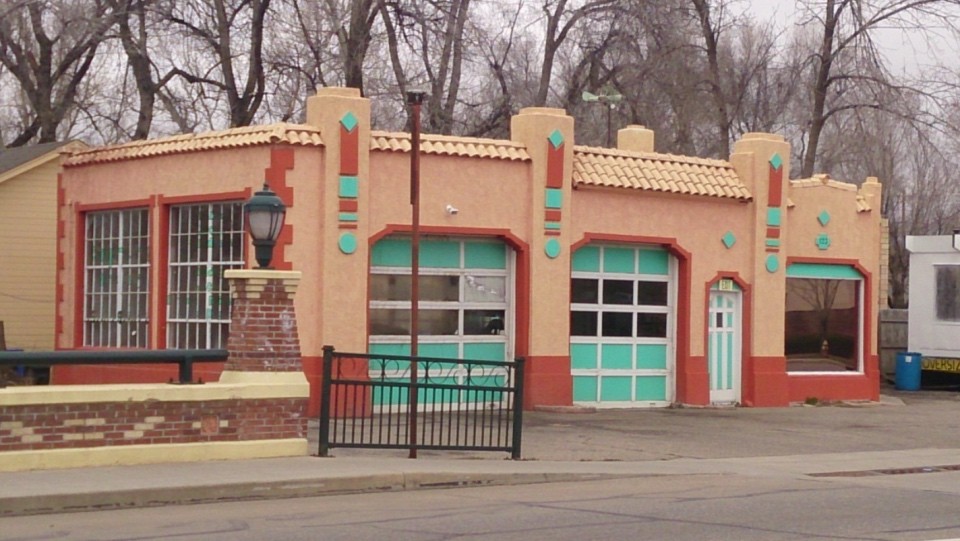 This photo of the garage was taken from the Historic Preservation Commission’s April 21, 2014 meeting agenda.

At a time when cars were still just catching on in America, Howard E. Mapps built and ran a Sinclair gas station and auto repair shop on the south end of town. For the next 30 years the business continued under various owners until around 1968 when Floyd R. Street bought the property and ran a rental business — providing furniture, tools, carpet shampooers, and camping equipment. The building sat vacant for a few years in the early 70s until, in 1975, All National Pentecostal Church began to hold services in the property. After a few more years, the building was empty again. Since the ’80s the building has been used as a car dealership, an automotive detailing shop, and most recently a medical marijuana dispensary and a foreign car repair garage. 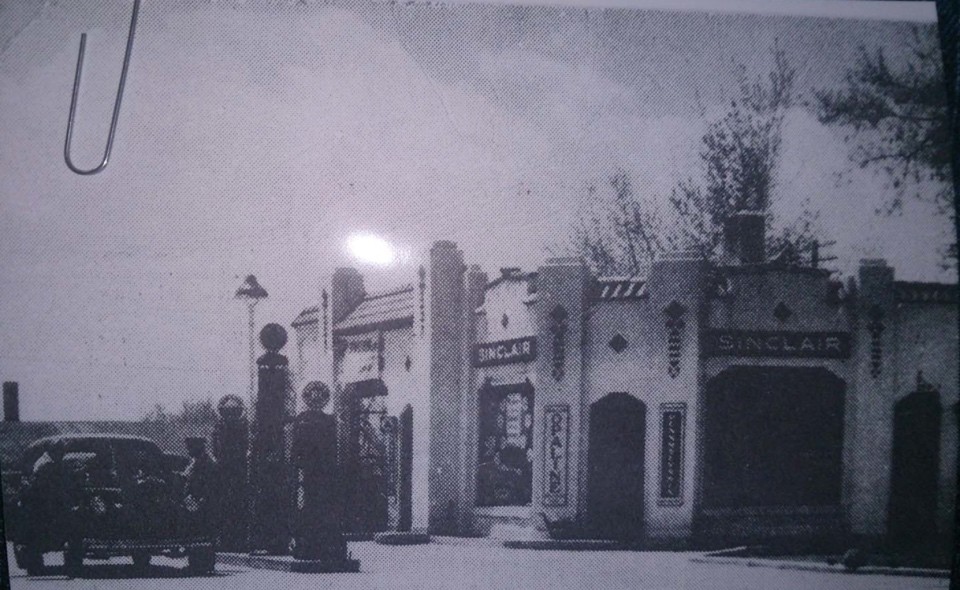 A 1938 photo of the service station. (From the Historic Preservation Commission Agenda for April 21, 2014.) 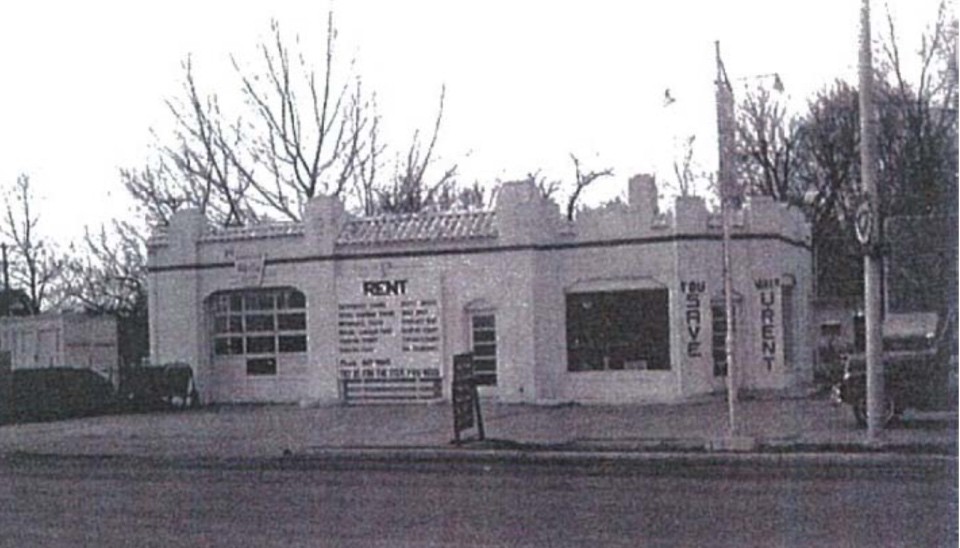 A 1969 photo of the service station. (From the Historic Preservation Commission Agenda for April 21, 2014.) 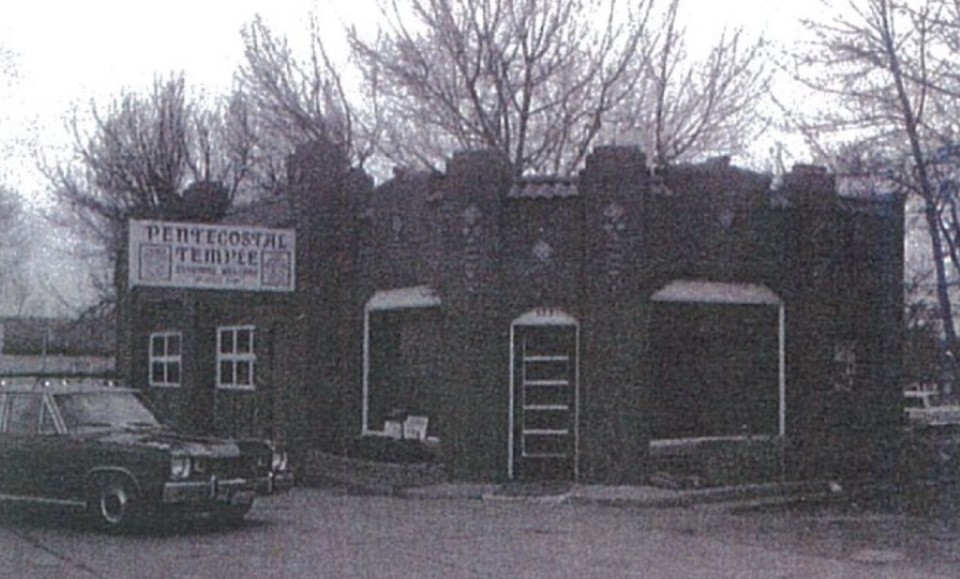 A 1976 photo of the service station. (From the Historic Preservation Commission Agenda for April 21, 2014.)

In 2014, the County was looking to relocate from their current building in downtown Loveland to a new, expanded location. There was talk of including a 44,000 square foot building for County use, in addition to retail, apartments, a movie theater and a parking structure, on the rectangle of land between Lincoln and Cleveland and between 1st and 3rd Streets, in the area that includes the old Sinclair service station.

At this point “stuff happened.” And though this building was found to be eligible for landmark designation, the landmark designation process had not been used for any of the reasons that historic preservation should be engaged in. As a result, the property was not landmarked.

The Purpose of Historic Preservation

The Loveland Municipal Code gives the following purpose for historic preservation within the city’s boundaries:

It is hereby declared as a matter of public policy that the protection, enhancement, perpetuation, and use of improvements of special character or special historical interest or value, located within the City, is a public necessity and is required in the interest of the health, safety and welfare of the people.

The Sinclair service station definitely has special character and is of historical interest. Its distinctive style is similar to other gas stations from that era across America, but it appears to have no twin, making it utterly unique and therefore truly a Loveland landmark in the sense that when you see it, you know you can’t be anywhere else in these United States.

And that’s one of the critical roles of historic preservation. It helps to connect people with the city in which they live. Let me explain….

We have a lot of newcomers moving to Colorado. If they settle into a housing division that looks much like where they moved from, and they shop in the same chains where they used to shop, and their workplace is in an office park much like the office park where they used to work, then there’s nothing in their day-to-day experience that will connect them particularly with Loveland. Instead, they essentially live in a place we might think of as Generica — that generalized sense of place in America that you can experience almost anywhere with new development.

So not only is preservation a matter of protecting historic properties, but it also protects the uniqueness that makes Loveland Loveland. It fosters a sense of place that enables people to feel connected. This in turn leads to increased civic involvement which improves safety and welfare. And as an added bonus, it positively contributes to building a stronger local economy. 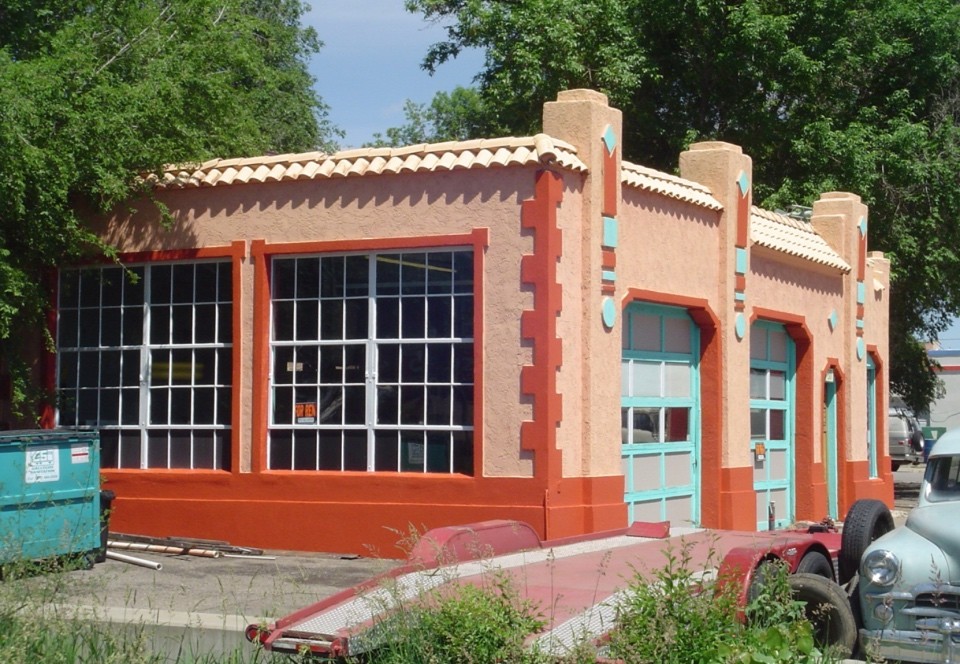 From the Historic Preservation Commission Agenda for April 21, 2014.

Preservation and Development Can Be Strong Allies

Development and preservation have done battle over the years and the two sides tend to be distrustful and wary of each other. But it doesn’t have to be that way. There is a common middle ground that, if reached, can lead to a strong win-win situation for all.

The strengths of new development include improvements in energy conservation, the availability of new materials that enable more creative uses of space, and increased density that will lead to less reliance upon fossil fuels, a reduced need for water, and more affordable housing. But what new development lacks is a sense of time, authenticity, history, connection, community, memory, and “here.” These are all things that can be mimicked, but they can’t be built. It is only by marinating in the passage of time and the wear of use that these characteristics soak into a place. As cities grow and change, it’s the places that stay the same that serve as social and emotional anchors for the people who live and work there.

It may be too late for Howard’s Sinclair Service Station. But Loveland’s downtown has recently received designation as a landmarked historic district. And with the life and vibrancy that will hopefully be brought into downtown through the South Catalyst project, a synergy may develop between the historic district and the new development. As people live and work near the historic core of town, and as they grow to love and connect with the sense of place that is unique to Loveland, perhaps we’ll see more and more historic buildings gain new life as they are better maintained, restored, and perhaps even landmarked for the benefit of those living in Loveland today and for those yet to come. 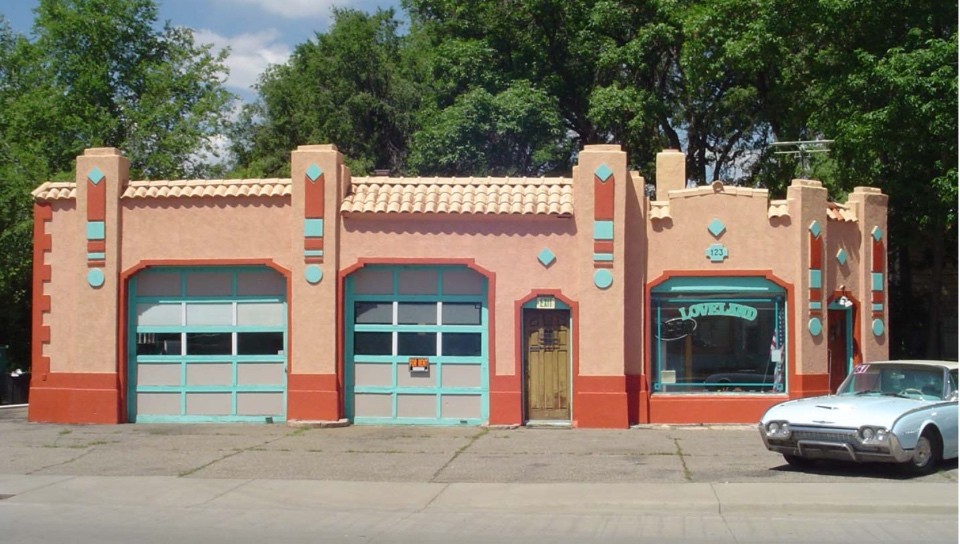 From the Historic Preservation Commission Agenda for April 21, 2014.

To read more about the connection between historic preservation and connectedness to a community, check out this old Forgotten Fort Collins post — Creating a Vibrant Local Economy: an Authentic Sense of Place.

The entire section from the Loveland municipal code regarding the purpose of historic preservation is as follows:

It is hereby declared as a matter of public policy that the protection, enhancement, perpetuation, and use of improvements of special character or special historical interest or value, located within the City, is a public necessity and is required in the interest of the health, safety and welfare of the people. The purposes of this Chapter are to promote the public health, safety, and welfare through:

A. Promoting protection, enhancement, and perpetuation of such improvements and of districts that represent or reflect elements of the City’s cultural, social, economic, political, and architectural history;
B. Promoting and encouraging continued private ownership and utilization of such improvements and historic districts;
C. Safeguarding the City’s historic and cultural heritage, as embodied and reflected in such landmarks and historic districts;
D. The enhancement of property values, and the stabilization of historic neighborhoods;
E. Fostering civic pride in the beauty and noble accomplishments of the past;
F. Protecting and enhancing the City’s attraction to residents, tourists, and visitors, and serving as a support and stimulus to business and industry;
G. Strengthening the economy of the City;
H. Promoting good urban design; and
I. Promoting the use of historic districts and landmarks for the education, pleasure, and welfare of the public.

The intention of this Chapter is to create a method to draw a reasonable balance between private property rights and the public’s interest in preserving Loveland’s unique historic character by ensuring that demolition of, moving, or alterations to properties of historic value, or actions that impact the historic value of properties, shall be carefully considered for impact on the property’s contribution to Loveland’s heritage.