New Growth in a Historic District

The Old Town Historic District is one of Fort Collins’ brightest gems. Created in 1978, it encompasses much of the downtown area in the triangle (north of E. Mountain, east of N. College, and on towards the river.) But not every building within the district is old. And there’s new construction going on in and around the Old Town District even now. So how does that work? 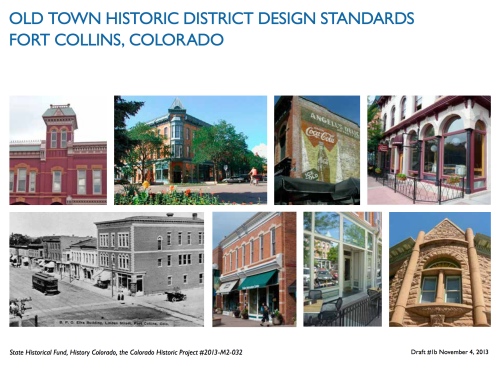 The goal of any historic district is to maintain the integrity of the historic buildings while at the same time encouraging active use of the structures in order to keep the district vibrant. No one wants to hang out in a part of town with a bunch of vacant old buildings. But at the same time, sometimes new construction can be a bit jarring in contrast to the older structures around it. So Fort Collins has developed guidelines for the Old Town Historic District, as well as for the River District, that give developers and property owners a sense of what the parameters are for rehabilitation and new construction. (The guidelines for these two areas are pretty different because the history of the two areas is also rather different. So what might work really well in one area, might stand out like a sore thumb in the other. And the guidelines reflect that.)

Since most of the buildings in the historic district are historic, an extensive portion of the guidelines covers rehabilitation issues. As the above three part image shows, not all building owners want, or have the resources, to take their buildings back to their historic look all in one fell swoop. So there are suggestions on ways to make gradual improvements that won’t hinder future restoration efforts. But when the owner is ready to make a full restoration, everything they need to know in order to do it well is included in the guidelines. 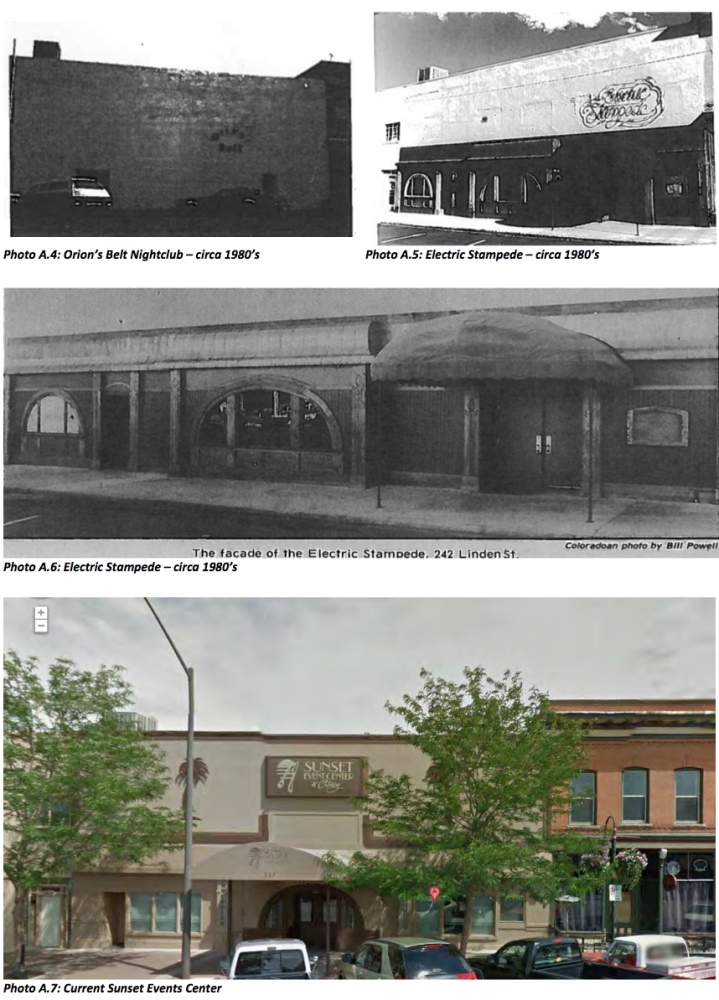 The old Sunshine Event Center at 242 Linden Street is a great example of a building that had been built back in the 1800s, but that has undergone so many changes over the decades that there was nothing from the façade of the old building left. And there are no good photos of the building from the earliest times that let us know what it used to look like. So even a reconstruction isn’t possible.

Blue Ocean is currently updating this building. As they designed the façade they kept the Old Town Historic District guidelines in mind, following the guidance there for new construction within the district. The finished rendering below shows what is clearly a modern building, but it’s done in such a way that it enhances, rather than detracts from, the surrounding historic properties.

The proposed new look of 242 Linden St. where Galvanize will be located.

Our historic districts are an important means not only of preserving our history as a city, but also of retaining a “sense of place” that is unique to Fort Collins. Because of our historic buildings, and the new structures that are designed with these historic buildings in mind, we have a downtown that has a cohesive, vibrant character that is distinctly our own.