The All New Washington’s

In 1903, William Dunham built a substantial stone warehouse on the back half of three lots along Laporte Avenue. In 1910-11, Myron H. Akin (Fort Collins’ mayor at the time) added a large storefront to the south side of the warehouse. The combined building was called the Myron H. Akin block until 1977 when the storefront was ripped off, to the dismay of Fort Collins residents, and replaced with a smaller facade. Washington’s Sports Bar & Grill moved in and became a city landmark in its own right until 2016, when it shut its doors and the facade was once again torn off. 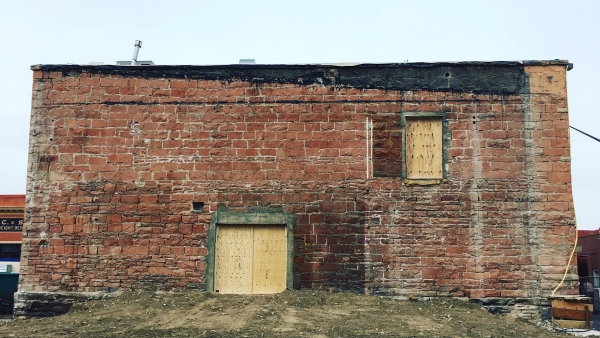 The Dunham-Akin warehouse as it looked on December 2, 2016.

The Bohemian Foundation purchased the building in the spring of 2016 with plans to turn it into a music venue that will accommodate up to 750 people. 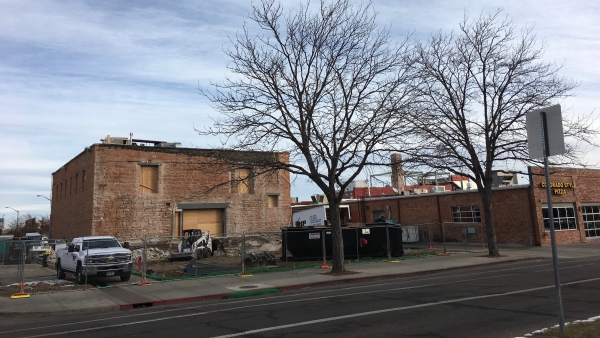 The Dunham-Akin warehouse as it looked on December 30, 2016. 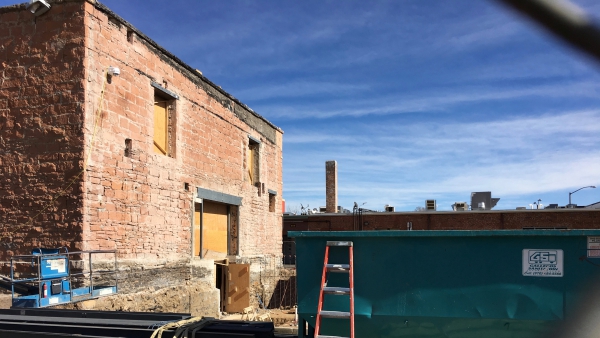 The Dunham-Akin warehouse as it looked on February 17, 2017.

What appear to be two previous openings in the warehouse were widened and reinforced with metal beams. Two additional openings have also been added. 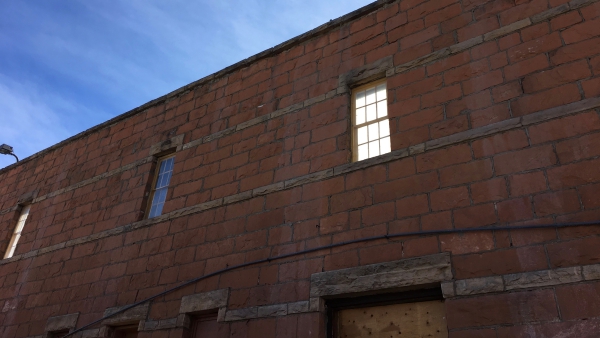 The back (north end) of the warehouse after the old roof had been removed. (Taken February 17, 2017.) 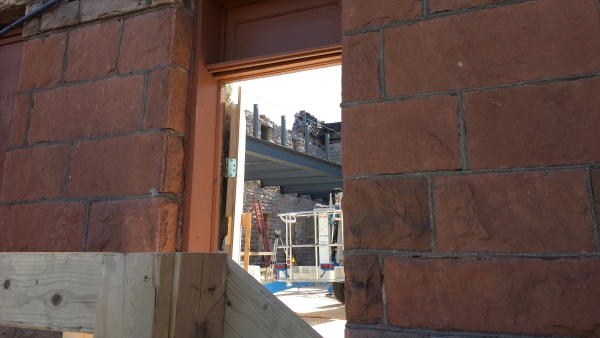 Metal supports can be seen through the back (north) door to the warehouse. (Photo taken on February 17, 2017.)

The older, flat roof was removed and a taller metal hipped roof has been added. Where the front of Washington’s Sports Bar & Grill used to stand, along with an outdoor front patio, a basement was dug out for the foundation of the addition. 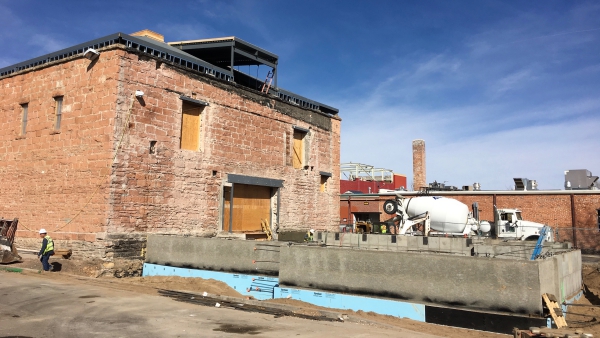 The Dunham-Akin warehouse with the foundation of the new addition that’s being constructed. (Photo taken on March 15, 2017.) 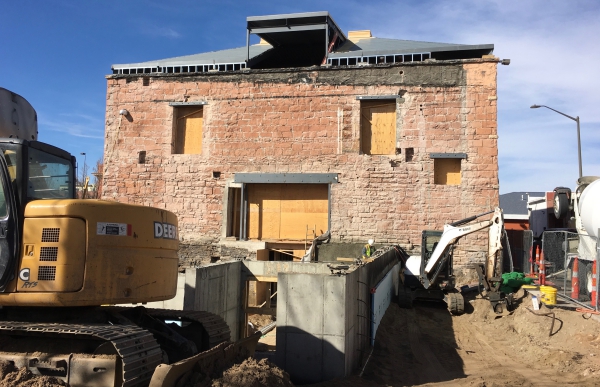 The Dunham-Akin warehouse with the foundation of the new addition that’s being constructed. (Photo taken on March 15, 2017.)

The new building will have a brick facade with sandstone panels accenting the front entrance area.

The old stained glass window that used to hang in Washington’s Bar & Grill will now be hung in the lobby. (The stained-glass is also being freshened up.) 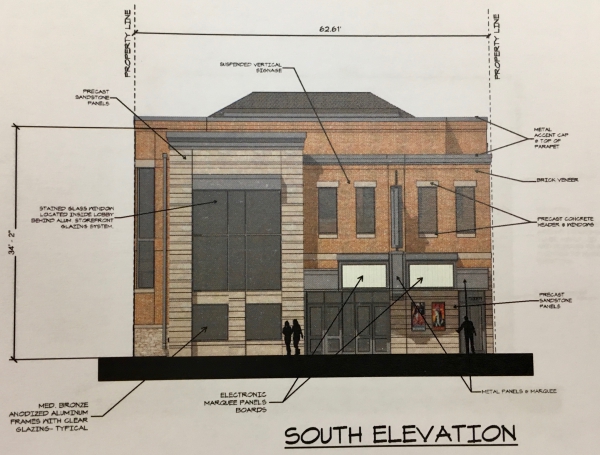 The south elevation of the new Washington’s.

The west elevation of the new Washington’s.

There are echoes of the old Myron H. Akin building in the look of this new building with the horizontal bar over the second story windows, the punched window openings with sill and crown, and the glass storefront. But the sandstone panels, differentiated connector between the old and new building, and electronic marquee panels over the front doors clearly indicate that this is a new addition. 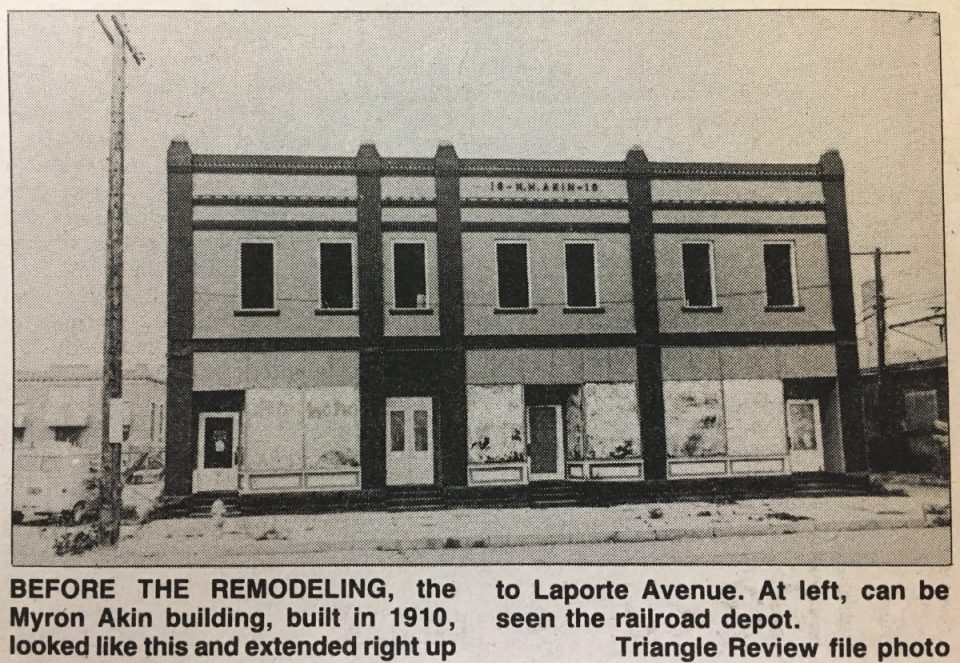 This image is from a December 5, 1984 Triangle Review article.

Additional information about the Bohemian Foundation purchase and plans for the building came from “Washington’s Bar to close, become Bohemian music venue,” a Coloradoan article by Erin Udell.