Then & Now: Remington and Downtown

Today’s Then & Now comparison takes in the Remington Street School, the Armstrong Hotel, the Carnegie library when the building was about half the size it is today, the Strang Grain Elevator, and the area that, when first developed, was called New Town. The 1929 photo is from the CSU Archive and the present day comparison is via Google Maps.

There were two main things that surprised me when I first looked at this photo. First, I couldn’t figure out what that huge mansion was near the center of the old photo. But as I worked out what street it was sitting on, and I considered the large field to the north of the building, it dawned on me that I wasn’t looking at a mansion at all but the old Remington School. It had been located at 318 Remington Street, was built in 1878 and torn down in 1967. It was replaced with the DMS Senior Housing Apartments.

The second thing that surprised me was the large number of trees in the older photo. I always think of early Fort Collins as being more open, and away from downtown that was certainly the case. But the First Baptist Church building is nearly obscured by trees as are many of the houses on the west side of College.

After the Then & Now shot, I have included three additional images all taken by zooming in on this first photo. You should be able to click on any of these pictures to get them to expand. 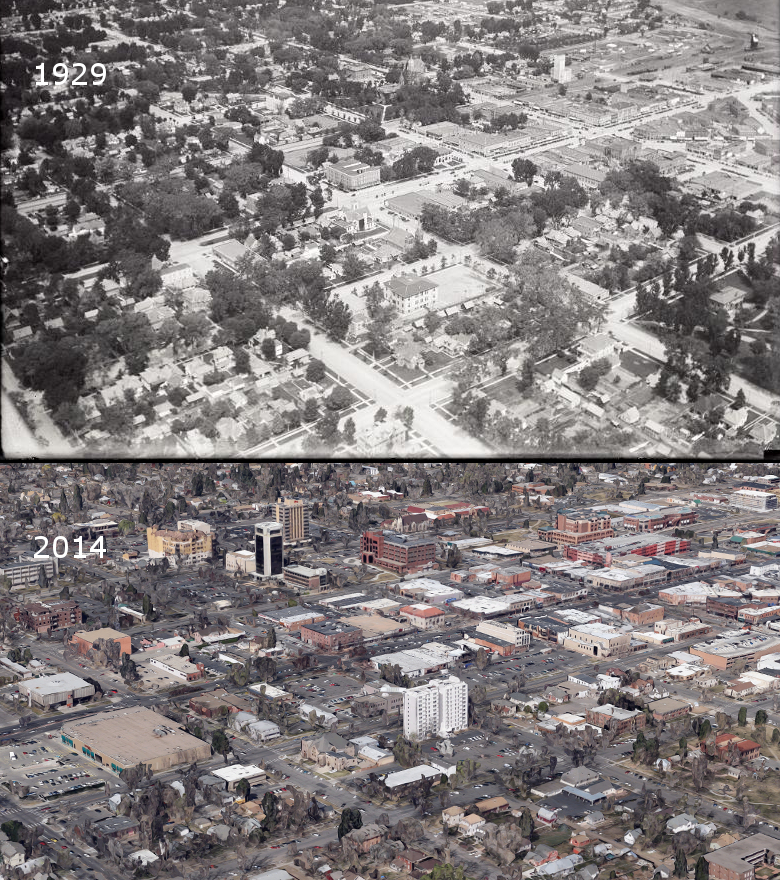 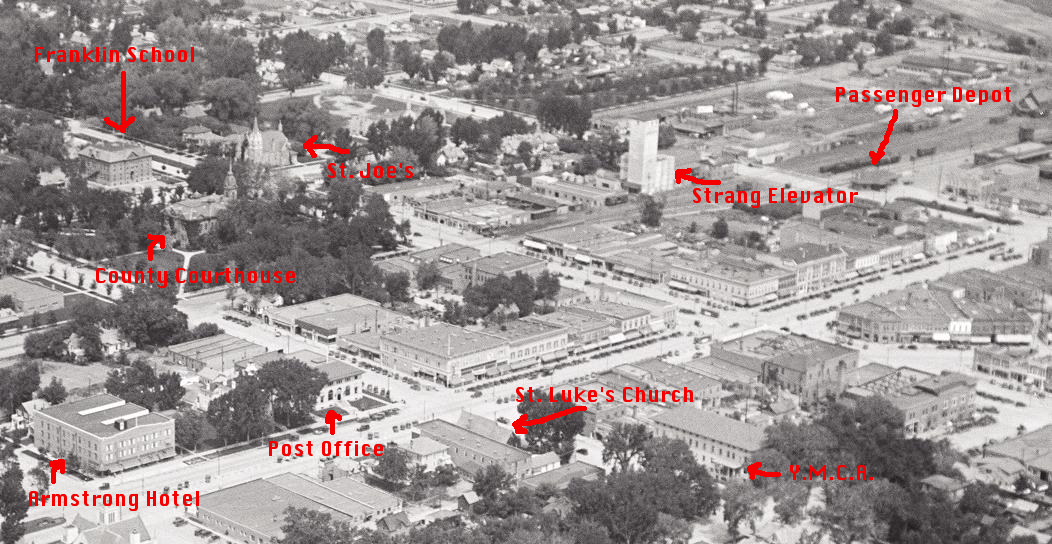 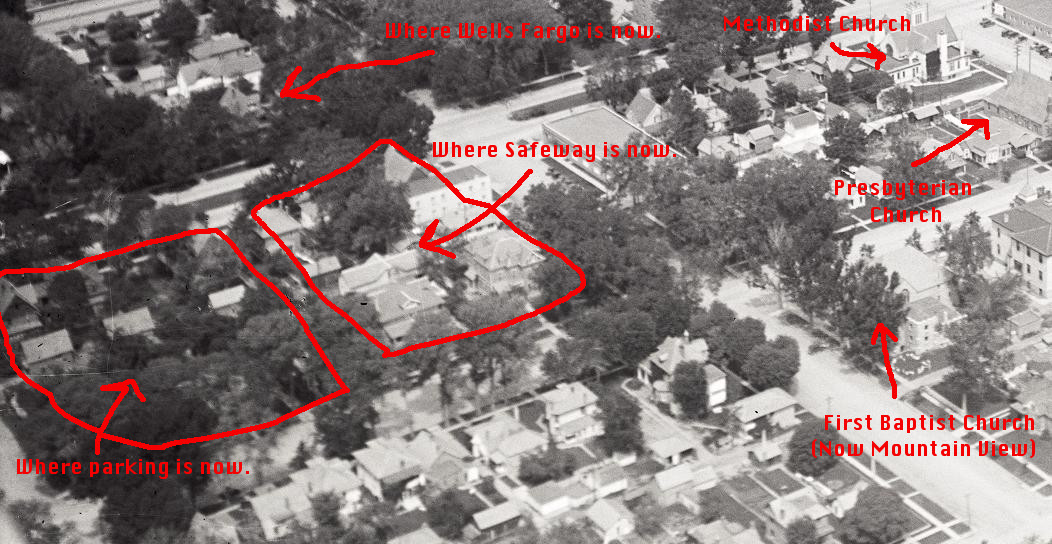 This part of the Eastside was highlighted in a previous Then & Now post. Click through to see a ground level view of some of these buildings. 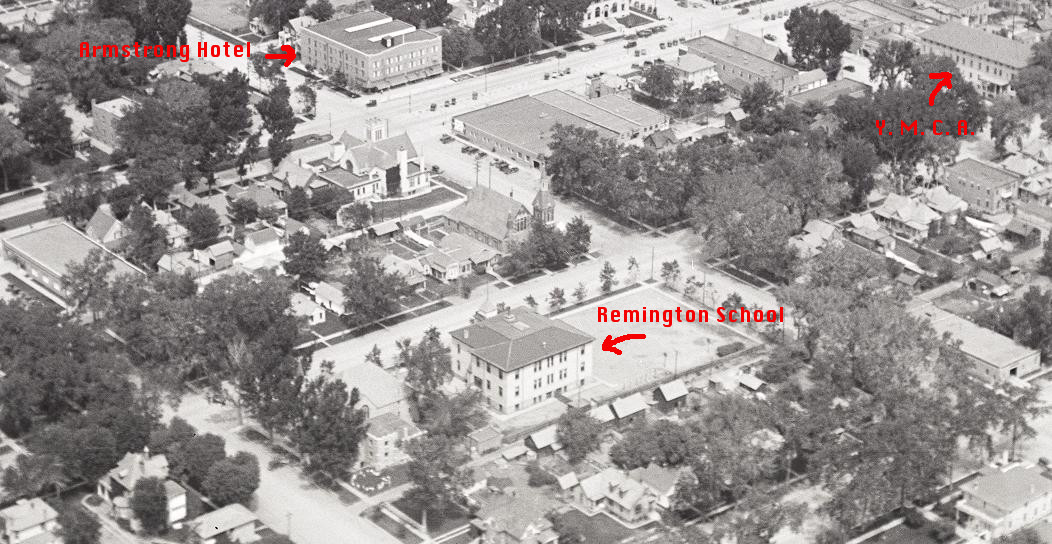 This photo overlaps a fair bit with the previous photos. The Methodist Episcopal, Presbyterian (later the Christian Reformed Church), and Baptist churches are all visible in this photo, but are unmarked.

The older photo of downtown Fort Collins was taken from the CSU online archive — Negative #5971.

The present day image of downtown Fort Collins was taken from Google Maps.

The information about the Remington Street School was from the Historitecture study on the buildings in the Poudre School District entitled, In These Hallowed Halls of Learning, pages 43 and 44.