Then and Now: Unity Replaced by Good Times… and other stunning comparisons.

Sometimes “Then and Now” posts show how much things have stayed the same. But today’s post hints at how much they’ve changed. This is only three examples of grand stone and brick buildings that once had a formidable presence in the city and now are gone. One building remained with us until only a couple of years ago, but it had been so greatly altered that the grandeur of the original building had already been lost. 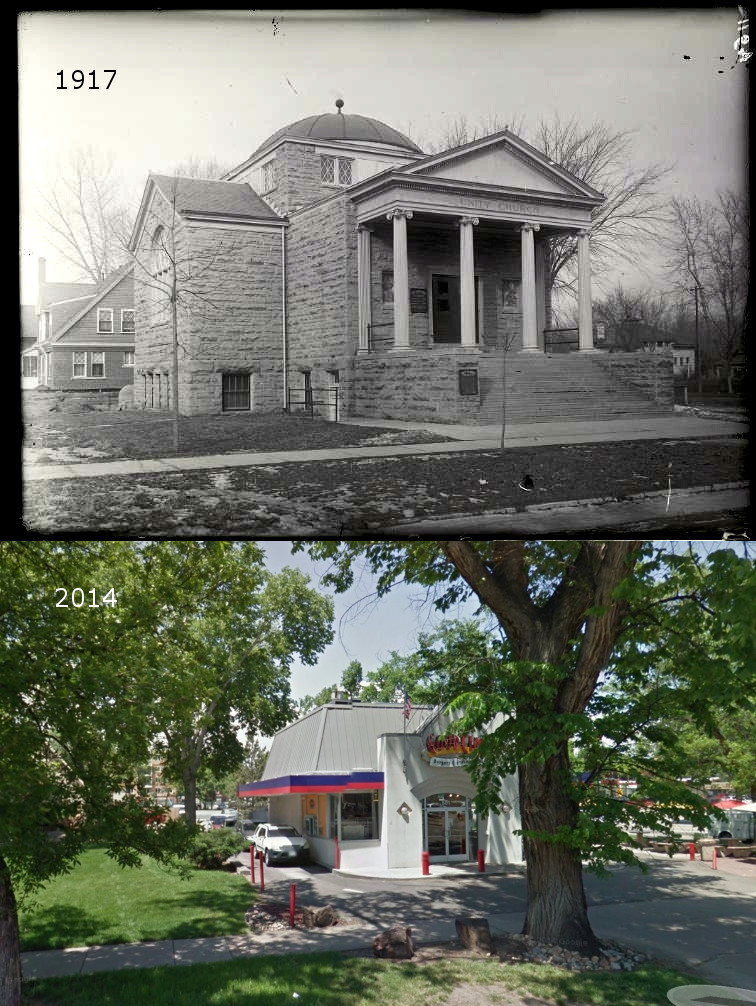 Unity Church once stood at the corner of Mulberry and College Avenue, where Good Times now stands.

Note the houses visible behind the church along both sides of Mulberry. On the south side of Mulberry is now the First Presbyterian Church parking lot. And along the north side is the Sports Authority parking lot. There are no houses left on either block. 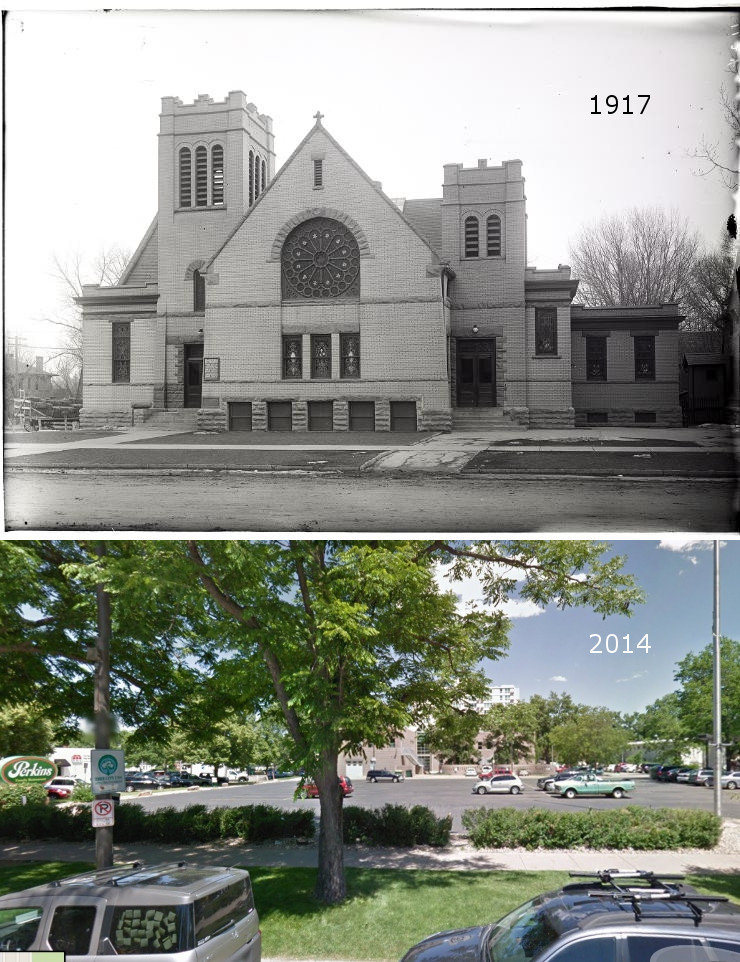 The Methodist Church was located at the corner of Olive and College Ave where the Perkin’s parking lot is now. (With Perkins having just closed, perhaps something new will be built here soon.)

In addition to this parking lot taking the place of the old Methodist church, the building you can see in the background (the tannish looking one behind the black car, not the white building that rises above the trees) took the place of another church building that had been at the corner of Olive and Remington. This building housed Immanuel Christian Reformed which had initially been Evangelical Immanuels-Gemeinde (a Volga-German church). Before they bought the building, I believe it belonged to the Presbyterians.

The Y.M.C.A. at the corner of Oak and Remington was an important community center for early Fort Collins. Over the years, renovations changed the facade to the point that the historic integrity of the building was lost. When the building was vacated a few years ago, the owners decided to raze it. It’s currently an empty lot.

The original image of Unity Church can be found on the CSU Archive website. The image of Good Times is from Google Street View.

The original image of the Methodist Church can be found on the CSU Archive website. The image of the Perkins parking lot is from Google Street View.