Before Europeans first traipsed across the area that we now know as Northern Colorado, it was a place of open plains and wild mountains.  When traveling across the land, on foot or by horse or wagon, there were few obstacles. There were no buildings, fences, train lines or highways to circumnavigate. Only rivers presented any difficulty in passage, and footworn trails would have led to the most likely crossing points. The mountains, on the other hand, proved more difficult to traverse with none of the tunnels or roadways we have today. Instead, narrow steep trails led over peaks in the areas where the river’s flow had not carved out enough space for passage. 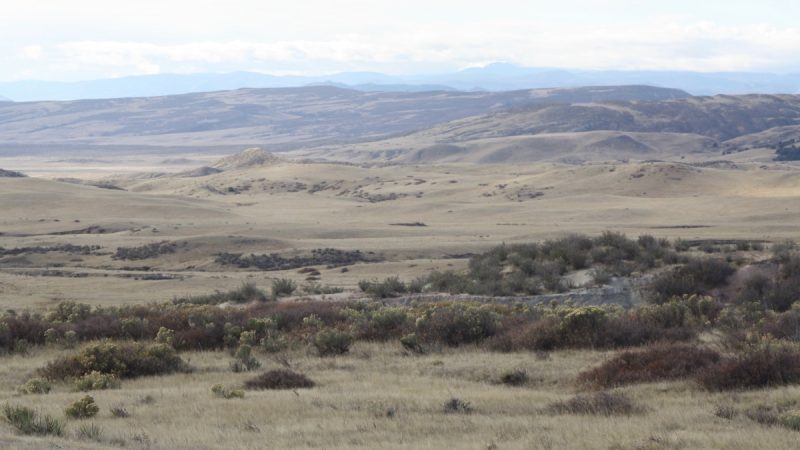 As the Spanish conquistadors made expeditions across the Americas in search of gold in the 1500s, they skirted what today is the state of Colorado. In 1682, Europeans asserted themselves over the Front Range when the French claimed a vast territory that it called La Louisiane in honor of King Louis XIV. But French explorers kept mainly to the Mississippi River area. In 1762, the Louisiana territory was split between Spain and England. The Domínguez–Vélez Expedition, did explore parts of western Colorado in 1776 in order to develop a trading route, now called the Old Spanish National Historic Trail, to connect Santa Fe with settlements in southern California. That trail passed through the southwest corner of Colorado. In 1800 the Louisiana territory was returned to France only to be sold off almost immediately to the United States under Thomas Jefferson (for less 3¢ an acre, in 2011 dollars).

In 1803, Meriwether Lewis and William Clark explored land to the north of Colorado. In 1806, Zebulon Pike did likewise along the Arkansas River in southern Colorado, with a trip as far north as the headwaters of the South Platte river.

But none of these groups traveled through what is now Larimer and Weld counties. 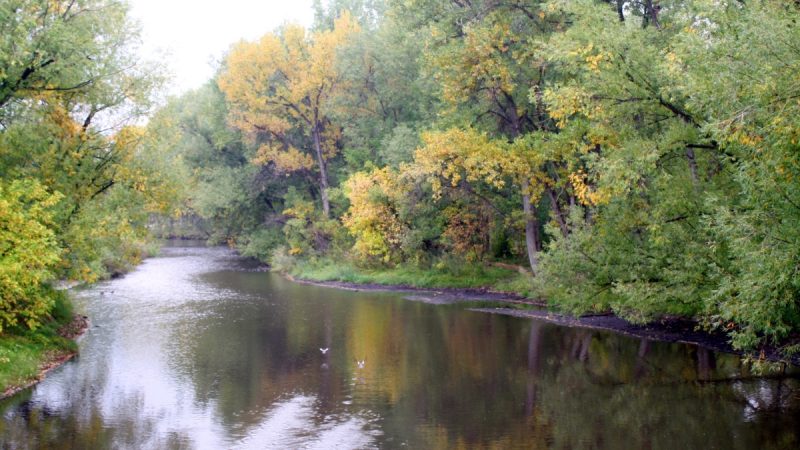 Despite the fact that these two official expeditions veered to the north and south of northern Colorado, French trappers and traders must have been filtering into the area throughout the early 1800s because when, in 1820, Major Stephen H. Long of the U.S. Army Engineers led a scientific exploration through the region, he referenced Pateros Creek, stating that it had gotten its name from a distressed, lost Frenchman found along the banks of the river. Pateros may have been a bastardization of the French word Piteux, meaning piteous. (It is believed that Pateros Creek and the Cache la Poudre river are one in the same. Read more about the naming of the Poudre in this article by Rheba Massey. ) The Frenchman had been rescued by a band of Kiowa Indians and returned to his people. The fact that Major Long (for whom Long’s Peak was named) was informed of the river’s moniker, meant that not only had the lost Frenchman traveled through the region, but others remained in the area to pass on his story as well as the name of the river. 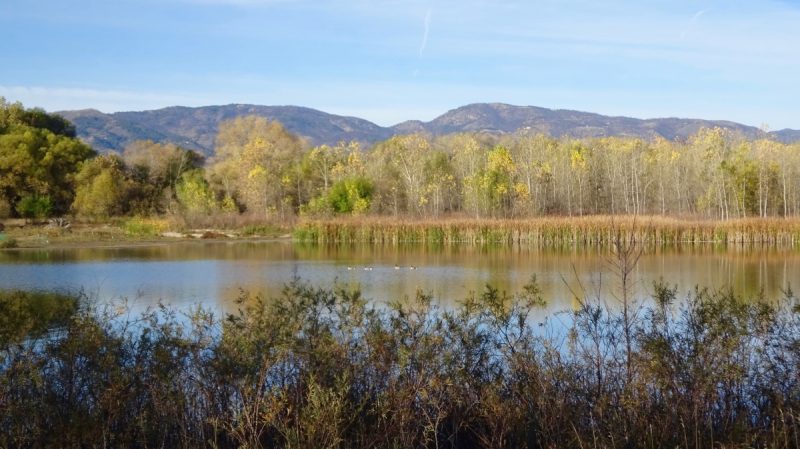 Fur trappers and traders continued to wander through the area. In 1835, Fort Vasquez was built along the South Platte River as a trading post to exchange furs for sundry items. The names of most of these men has been lost to the sands of time. Few left any indication of their passage through the area, though the January 1, 1894 Fort Collins Express does reference one poor soul whose identity is largely lost, though his name and the circumstance of his death were immortalized in print.

There is an old grave on Abraham Rist’s farm above Loveland with a headstone bearing the inscription: ‘To the Memory of H. L. W. PETERSON, aged 24 years. Was killed by lightning June 13, 1854.’ But who the young man was or how he came to be within range of Larimer county lightning at that time, no one knows.

Further there are legends of a party that camped above La Porte in the mountains at a date that varies all the way from 1846 to 1856. This was probably a hunting party, though they have left no record of their occupancy of the territory, save in vague stories that come to the surface occasionally, to torment the hunter after facts with their uncertainty and evasiveness. Undoubtedly, white men had entered the boundaries of the new county. The companies of hunters and trappers that annually passed through the west have gathered skins and pelts from the aborigines who slew the owners in the waters of the Cache la Poudre or the Big Thompson or on the bluffs adjacent to these streams, but as to their deeds all records are silent and as to themselves: ‘Their arms are rust, their bodies dust / Their souls are with the saints, we trust.’

Some of the trappers and hunters eventually took wives from among the local Indian tribes and settled down. Rock Bush was one such settler, turning to farming along the north side of the Poudre river by what is N. Shields today. Antoine Janis was another such. He settled just north of present day Laporte. His cabin has been preserved and is located in Heritage Courtyard on Mathews Street in downtown Fort Collins. And there was Mariano Medina who settled down with his Indian wife “John” along the Big Thompson river to the west of present day Loveland.

Preserving buildings such as the Janis cabin is an important means of remembering our history and passing that information down to the next generation in a tangible, accessible way. But the restoration and preservation of open spaces is also a vital means of retaining a connection to the past. Though open spaces within our cities might have additions such as restrooms and paved walkways, they’re still a convenient means of connecting with nature, and local history, without having to travel far. The Poudre Trail (through Bellvue, Laporte, Fort Collins, Windsor and Greeley), the Mariana Butte Trail (in Loveland),  the Cathy Fromme Prairie (in Fort Collins), and many other open spaces in and around our communities give glimpses into what the land was like before settlement. Soapstone Prairie, Bobcat Ridge and other large expanses are vital connections to nature and they give us a sense of the land as it was before the arrival of Europeans to Northern Colorado. 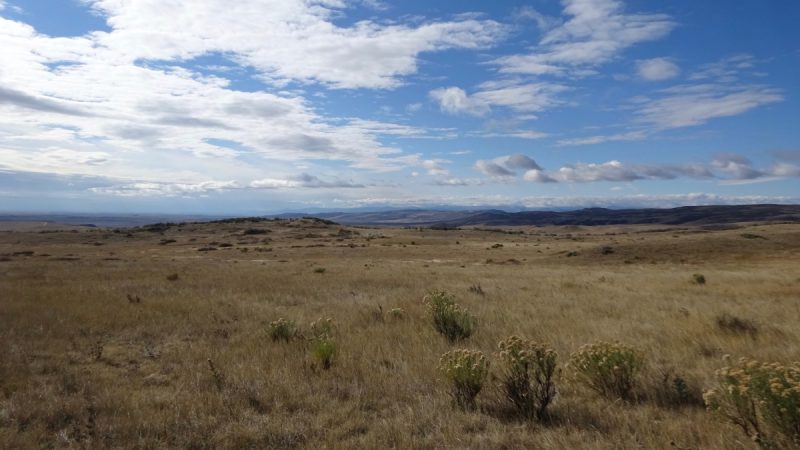 Francisco Vázquez de Coronado traveled south of what is today the state of Colorado.

Information about, and maps of, the Louisiana (New France) colony/territory don’t give any indication that Colorado was explored.

The Old Spanish Trail was scouted by the Dominguéz-Vélez Expedition and cut through southwestern Colorado.

Learn more about the expedition of Lewis and Clark from National Geographic.

There’s a Pike National Historic Trail Association that is working to recreate (sections of ) the path of Zebulon Pike’s trip for future generations to explore.

It was in reading through Thomas Noel and Ron Sladek’s book, Fort Collins & Larimer County: An Illustrated History, that I was reminded of Stephen Long’s journey through the northern Colorado area. I gathered additional information about Long through Wikipedia. 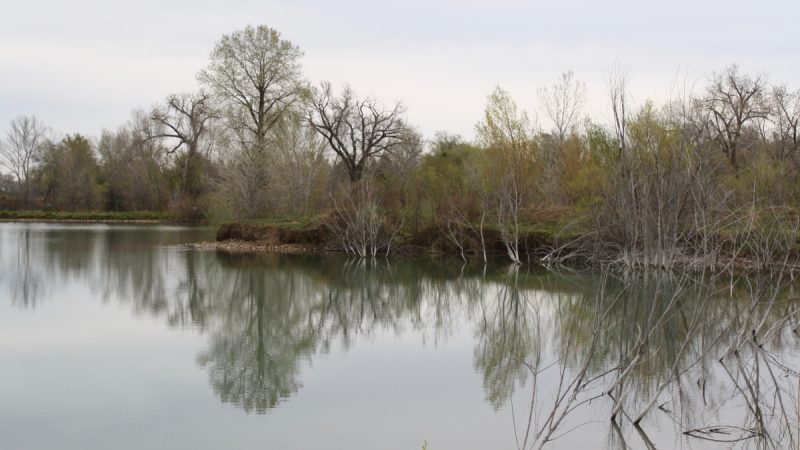